Don't be too surprised if it will happen in real life.

Ford may be getting rid of most of its cars in the United States, but at least the new Escape looks more car-like than ever. Another reason to get excited about the fourth generation of the Blue Oval’s compact crossover is the possibility of an ST version considering the larger Edge is available in a performance-oriented specification. It would make sense for the Escape to get a go-faster version, and we won’t be too surprised if it will look something along the lines of this rendering.

Envisioning an Escape ST is not exactly all that difficult considering Ford has already revealed the ST-Line model in Europe where the CUV goes by the name of Kuga. Images attached below depict the sporty-looking model, which on the Old Continent will be available with the same engines as the other members of the Kuga family.

Should Ford decide to build an Escape and/or Kuga carrying the ST suffix, the speedy crossover could use the same engine as the recently revealed Focus ST. The not-for-America hot hatch utilizes a four-cylinder 2.3-liter EcoBoost gasoline engine producing 276 horsepower and 310 pound-feet (420 Newton-meters) of torque. A potential Kuga ST could also be offered with a 2.0-liter EcoBlue diesel engine rated at 187 hp and 295 lb-ft (400 Nm) as seen in the Focus ST. 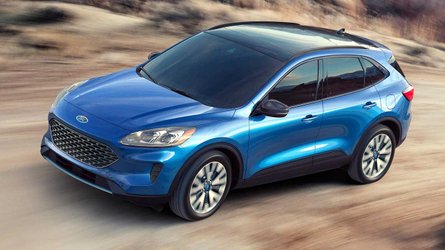 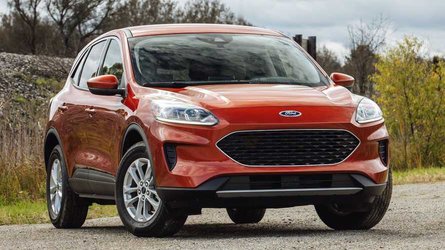 Since we’re talking about a crossover, Ford could decide to give it an all-wheel-drive layout as standard, which in turn would pay dividends in terms of acceleration thanks to a better-optimized power transfer to the wheels. The front-wheel-drive hot hatch needs less than six second to hit 62 mph (100 kph), and a possible AWD-equipped Kuga / Escape ST could be in the same ballpark.

Of course, it’s too early to say whether Ford does have plans for another ST-badged model, but with the brand focusing on high-riding models more than ever, it would be a logical way to diversify the SUV portfolio. The new Focus ST is not coming to North America, so an Escape ST would be the next best thing.

China Gets Its Own Version Of The Escape: 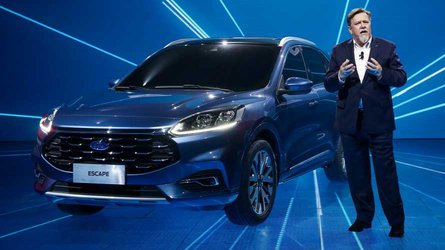 2020 Ford Escape Gets A Bigger Grille In China
By: Adrian Padeanu
++
Got a tip for us? Email: tips@motor1.com