Walmart's TV/Movie Cars Are Coming To A Store Near You 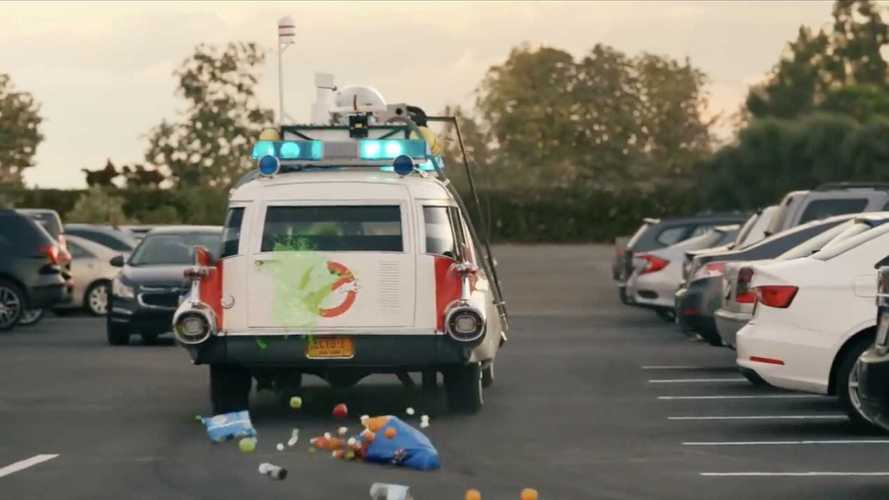 These iconic cars will tour certain U.S. cities for one month.

Remember that cool Walmart Super Bowl commercial that featured famous TV and movie cars? It looks like you'll get the chance to see cars in person pretty soon. Walmart has announced that four of cars it featured in the Super Bowl ad will hit the roads soon and visit select Walmart stores in the U.S.

The cars that Walmart shoppers would be able to see in the metal are the Ecto-1 from Ghostbusters, K.I.T.T. the Pontiac Trans Am from Knight Rider, the Jurassic Park Ford Explorer and of course, the Delorean from Back to the Future.

To recall, the Walmart Super Bowl ad featured these cars to show off the company’s new grocery pickup service, which allows shoppers to get their groceries without leaving their vehicles. Some notable appearances were the Batmobile from Batman v Superman: Dawn of Justice, the Mutts Cutts van from Dumb and Dumber, and more.

Even better, spectators of the nationwide tour of the mentioned cars would be allowed to have a front seat cameo, albeit, using Hollywood magic editing only. Watch the video below at the bottom of this page to see how.

12 Awesome Hollywood Movie Cars You’ll Never Own, And 1 You Could

Here are the dates and specific cities that the Walmart TV/Movie cars will visit: