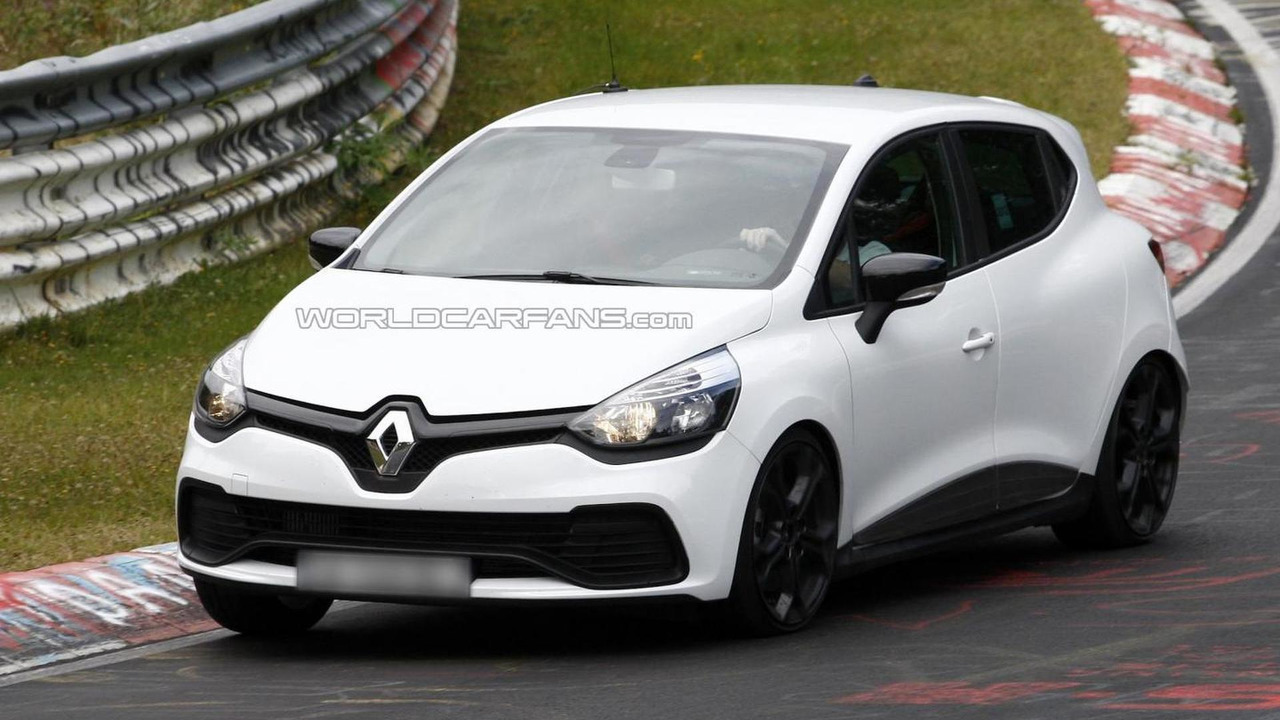 The hottest version of the Renault Clio, the RS, has been spied while undergoing testing near Nürburgring.

Back in June we showed you some spy photos of the upcoming 2013 Renault Clio RS but that prototype was wearing a lot of camouflage. The latest shots show us the Clio RS while undergoing testing at the Nürburgring Nordschleife and luckily it’s not wearing any sort of camo. We notice the generous air intakes around the Renault badge as well as in the front skirt.

Motivation will come from an updated 4-cylinder 2.0-liter engine that should output about 210 hp (156 kW). To differentiate it from less powerful models, the Clio RS will feature square exhaust pipes, a diffuser-like rear bumper and a big rear spoiler.

An official unveiling could be made at the end of the month during the Paris Motor Show where Renault will bring the fourth generation of the Clio.