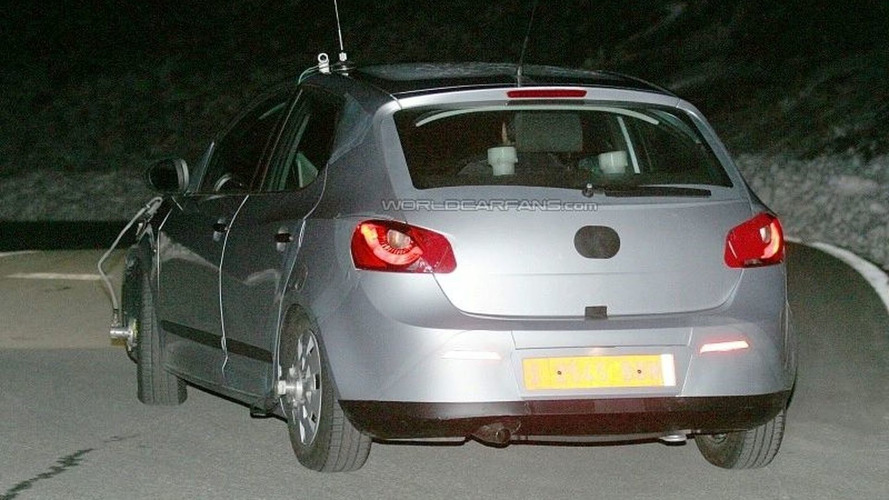 The new Ibiza will be the first production model to adopt the Tribu concept's evolutionary styling and begin the shift towards a new design direction for the brand.

Caught in the cold just last night undergoing early winter-testing, these are the first spy shots of SEAT's next-generation Ibiza hatchback, due to be launched next summer. Following the unveiling of SEAT's Tribu Concept Frankfurt Show star, the new Ibiza will be the first production model to adopt the concept's evolutionary styling and begin the shift towards a new design direction for the brand.

Visible through the relatively thinly-applied disguising is the evolutionary new front end of the Tribu in Ibiza form, its trapezoidial layout of grille, headlights and bumper being evident behind the tape. The front lamps are very much the new SEAT's 'eyes', styled straight from the Tribu, while in true marketing speak, the start of its sideline remains its 'eyebrows' all the way to production. The dynamism extends to the rear, but first via a window line side panel crease which rises steeply at the rear door.

The Tribu concept car's rear lamps and hatch arrangement are ditched in favour of conventional, but stylish belt-line lights and hatch door. The new Ibiza gets the characteristic side-flank like its range siblings the Altea, Leon and Toledo, although it appears a less prominent re-interpretation of the design feature.

Seen here in five-door guise, the next Ibiza, like its predecessor, will also come in a three-door version - yet to be spotted testing. FR and Cupra versions will be available, powered by petrol units offering 150 hp and 180 hp respectively, with diesel units being on offer with 130 hp for the FR and 160 hp for the Cupra. Standard model engines are likely to include options ranging from 70 to 110 hp, with diesel units of 70, 80 or 100 hp being available.