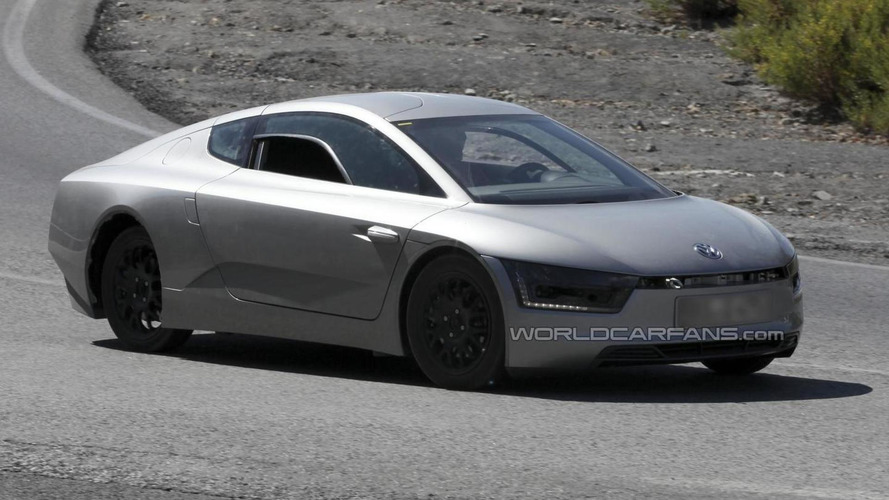 A prototype of the Volkswagen XL1 has been spied. Production version due in 2013.

Volkswagen confirmed back in March that they plan on introducing a limited-run series of the XL1 next year. The car will probably be known as the XL1 when it reaches the production phase, and these are the latest spy shots with the 1-liter vehicle. VW says that it will be capable of achieving a combined fuel consumption of 0.9 liters / 100 km (261 mpg US or 313 mpg UK) and should have CO2 emissions of just 24 g/km.

As a reminder, the XL1 is a follow-up to the L1 revealed in 2009 and the Formula XL1 shown last year at the Qatar Motor Show.