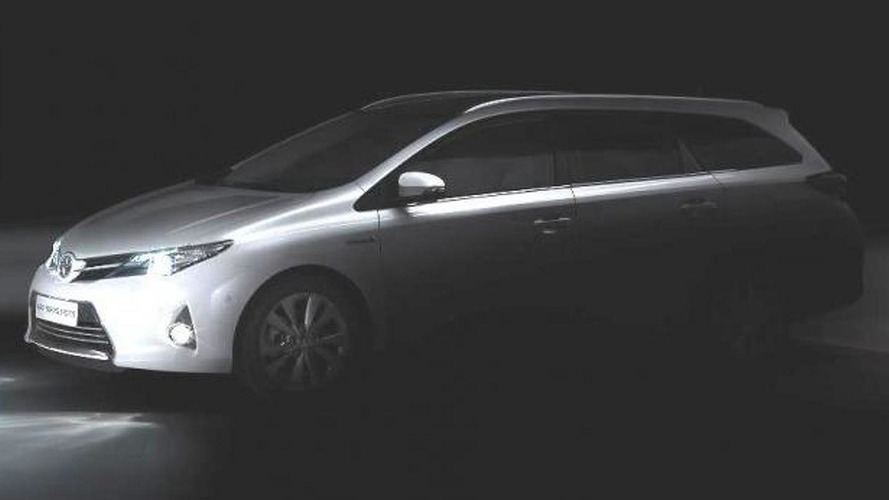 Toyota reveals the car lineup that will be showcased at the end of the month in Paris.

The Japanese carmaker Toyota has announced its car lineup for the upcoming Paris Motor Show where they’ll bring the new Auris hatchback and estate, Verso MPV, 2013 Yaris Trend and the TRD Performance Line accessories for the GT86.

The all-new Auris is going to be produced exclusively in the factory located in Burnaston, UK and promises to be 40 kg lighter than the model it replaces. It will be available with a generous choice of gasoline and diesel engines, including 1.3- and 1.6-liter petrols and a more frugal 1.4-liter diesel. There’s also the Auris Hybrid which will get an updated Hybrid Sinergy Drive system capable of providing a power to CO2 emissions ratio of more than 1.5 hp for each g/km.

A novelty for the Auris lineup is going to be the Tourer, an estate version of the hatchback that will also be offered as a hybrid, making it the first car in its class to get this powertrain. Toyota says that its design will be borrowed from the hatchback version while maintaining the extra loadspace you’d expect from a station wagon.

Another vehicle to be showcased in Paris is the Verso that will adopt the company’s new design language and will feature an updated interior cabin. One of the engines available is a reengineered 2.0-liter D-4D that brings lower CO2 emissions and more performance.

The 2013 Yaris Trend will make its first public appearance at the end of the month in Paris and is considered as being a further development of the supermini, featuring a more distinctive interior design aimed to the young crowd.

Last but not least, Toyota has plans on introducing the TRD lineup of accessories for the GT86, a first time for the European market. This package includes not only exterior and interior accessories, but also mechanical components.