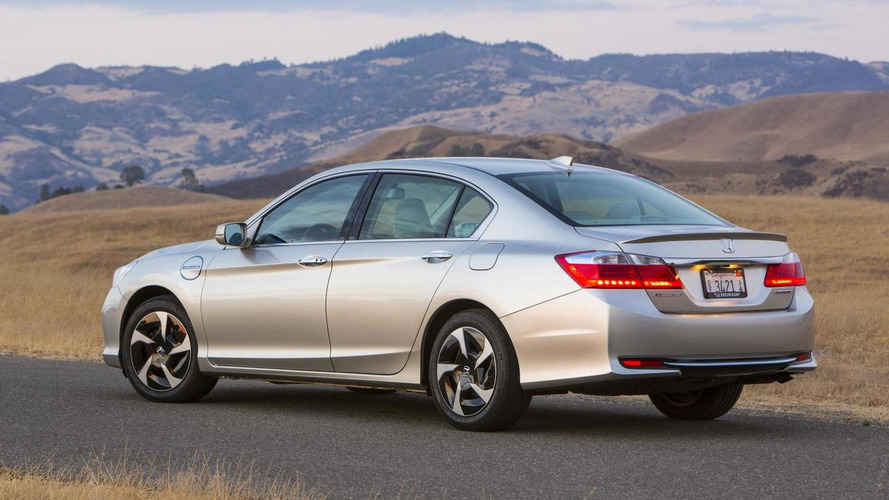 Honda has released full details about the 2014 Accord HPEV which will be going on sale in early 2014.

Honda has released more information about the upcoming 2014 Accord HPEV which will be built at the company’s Sayama plant in Japan. Expected to go on sale in early 2013, the vehicle is motivated by a 4-cylinder i-VTEC engine that produces 137 hp (102 kW) coupled to an electric motor with 166 hp (124 kW). The total system output stands at 196 hp while the lithium-ion battery pack has a capacity of 6.7 kWh.

The Japanese automaker estimates that the 2014 Accord PHEV will be capable of returning more than 100 MPG-e. The default mode of the vehicle at start-up is to act like a pure EV and will continue to operate in this way until it runs out of battery and makes the switch to the gas/electric hybrid operation.

There’s also the HV mode which if activated will allow the car to run as a conventional hybrid, while the HV Charge mode blends gasoline and electric power, augmenting the charge level of the battery. It takes less than three hours to fill the battery from a regular 120-volt household outlet, while using a 240-volt Level 2 charger it needs less than an hour to fully charge the battery.

The 2014 Honda Accord PHEV is based on the Touring trim level and comes with 17-inch forged alloys, an aluminum hood, bespoke front bumper, as well as a wide array of tech equipment such as a rearview camera and the LaneWatch blind-spot display. Customers can choose three exterior paints and the Burnished Silver Metallic hue which is available exclusively for this model.

Full details about the car are available in the following press release.