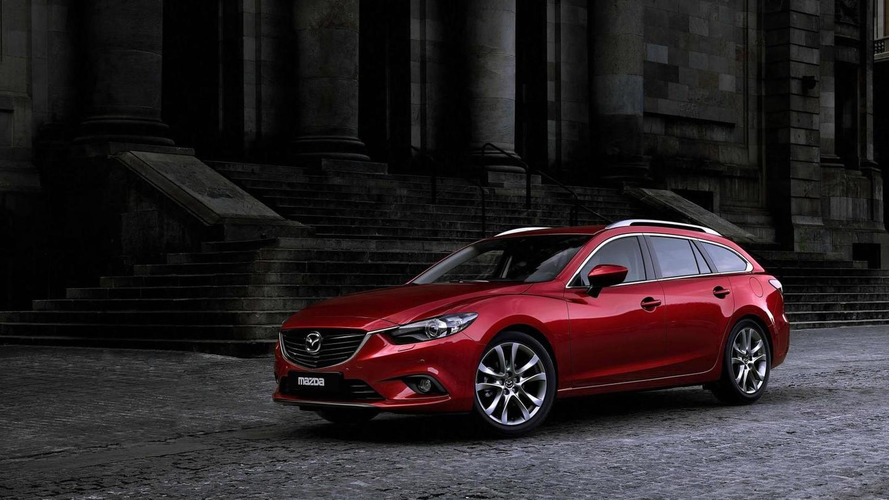 Mazda will bring to this year's Paris Motor Show the sedan and estate versions of the all-new Mazda6.

At the end of last month Mazda introduced the all-new Mazda6 sedan and now we have learned from the Japanese automaker that the wagon/estate version will be making its first public appearance at the Paris Motor Show which starts at the end of this month. This is perhaps one of the most attractive station wagons in the last few years and it will be showcased along with its sedan brother.

Scheduled to go on sale later on this year in Europe, the new generation of the Mazda6 will be offered with a SKYACTIV-D 2.2-liter diesel engine in Standard Power or High Power versions. Petrolheads will have the possibility of equipping the car with a SKYACTIV-G 2.0-liter gasoline unit that pumps out 148 HP (110 kW) and 155 lb-ft (210 Nm). There’s also the bigger SKYACTIV-G 2.5-liter engine with 189 HP (141 kW) and 189 lb-ft (256 Nm).

This is the first car wearing the Mazda badge that features the company’s own brake energy recuperation system known as i-ELOOP which will be offered for the 2.5-liter engine. The new Mazda6 features a MacPherson strut front suspension and a multi-link rear layout, while the torsional rigidity has improved by approximately 30 percent compared to the model it replaces.

Additional info can be found in the related link and press release.