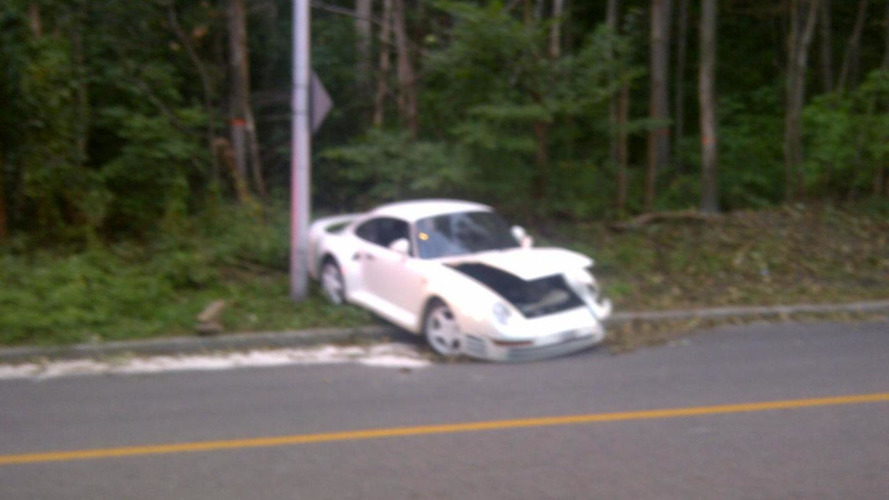 The owner of a Porsche 959 lost control of the car and crashed the vehicle while taking a curve.

Porsche built a little over 300 959s during 1986 and 1989 and now there’s one less on the road for a while after the driver in Montreal lost control of his precious vehicle in a curve and wrecked his white 959. It seems that he was wearing a pair of flip-flops which aren’t really suitable for driving such a valuable and rare sports car.

The Porsche 959 was originally a Group B rally car and later on was introduced as a legal production vehicle in order to meet the FIA homologation regulations that required at least 200 street legal units to be created. Back in 1986, it was the fastest street-legal car in the world, managing to achieve a top speed of 195 mph. One year later it was dethroned by the iconic Ferrari F40 that was able to hit 201 mph.

Let’s just hope that the owner of this 959 will have the necessary funds to bring the car back to life.