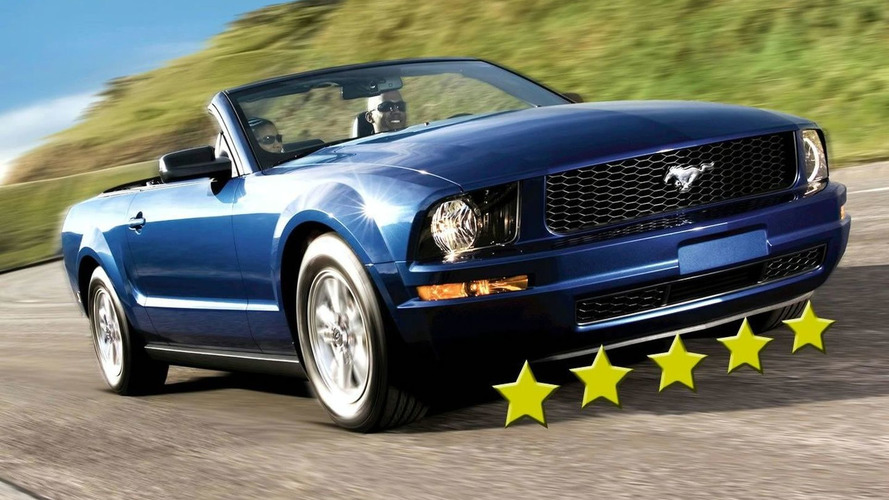 The Ford mustang Convertible can add one more accolade to its list.  The top selling convertible is now the only convertible to be named a five-star safety vehicle by the National Highway Traffic Safety Administration.  Apparently, the car breezed through the New Car Assessment Program, passing crash testing and rollover resistance tests.

The NCAP tests for driver and passenger front crash safety, side impact safety for driver and rear driver-side passenger, and the car's resistance to rollover.  Ford's new Mustang convertible was also highly rated in side-impact performance by the Insurance Institute for Highway Safety.

Ford Safety Director Jim Vondale was pleased that the official results were in line with company testing.  “The Mustang convertible is another example of working at all levels to offer a vehicle that is both sporty and safe," he said.

"It was developed with a dedicated focus on safety, making it the highest rated Mustang ever built."

The 2008 Mustang has standard side air bags, seat-mounted thorax side air bags, and their own Personal Safety System, a comprehensive restraint system that works by determining a crash's severity.  And although they are annoying as hell, the Beltminder bell-chime that reminds drivers and passengers to put on their seat-belts is also standard.  The NHTSA and IIHS claim this to be a "significant life-saving technology," according to Ford.

The Mustang Convertibles structure is itself built to resist impact.  Its body was designed to take in and disperse all crash energy to keep the passenger compartment as secure as possible.

The new Ford Mustang is America's best selling convertible, helped in part by the auto rental industry.  Ford also points out that nearly half of all sports cars sold in the U.S. is a Mustang.