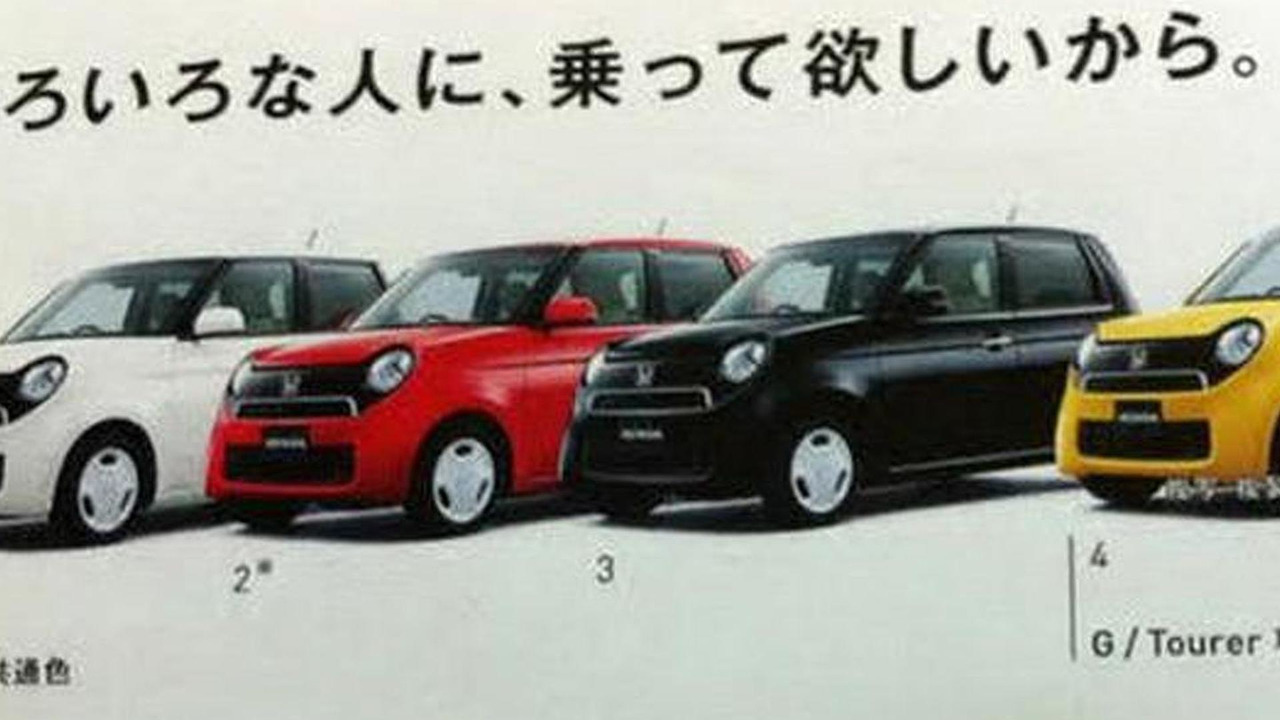 Honda is preparing a rival for the MINI and the Fiat 500 in the form of this N-One which is scheduled to hit the domestic market this fall. These images come from a leaked brochure and show the exterior and interior of the small city car. The car can be considered as an evolution of the 2009 EV-N study and the N Concept 4 shown last year at the Tokyo Motor Show.

Honda has decided to remove the LED units of the concepts in favor of regular head- and tail lamps, while the tailgate has a new look with a decorative chrome strip sitting above the license plate holder. Inside the cabin we notice that the lower part of the dashboard is just about the same as the one seen in the N Box.

No official details about the engines available, but most likely the N-One will be offered with the company’s 3-cylinder 660cc gasoline engine in naturally-aspirated and turbocharged versions. The power unit will probably be linked to a CVT gearbox that will send the horsepower to the front or all four wheels.