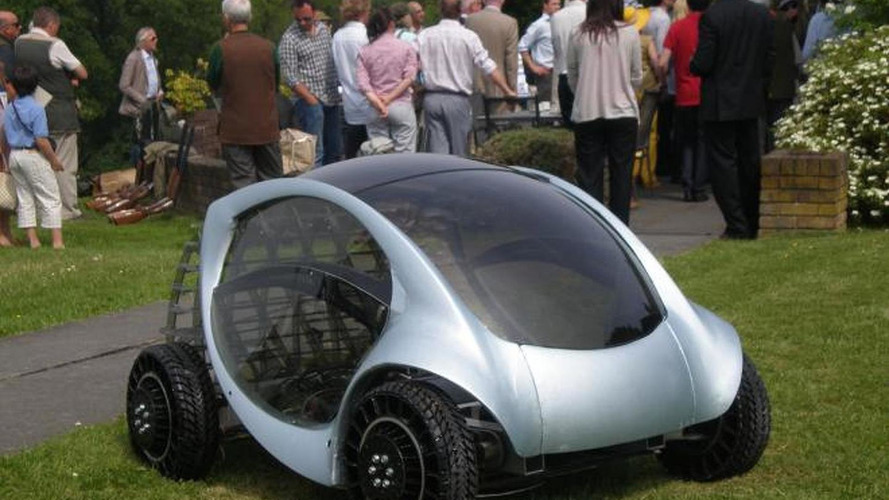 A consortium that includes MIT’s Changing Places Group is currently testing the Hiriko EV. Could debut next year.

Many small and large automakers are trying to find a solution for commuting in busy cities. The most recent example comes from a consortium that includes MIT’s Changing Places Group. It’s called the Hiriko and it represents a two-seater electric vehicle that has a folding body. This concept is at the moment in its prototype testing stage and if all goes as planned it will be available sometime in 2013.

The Hiriko is a follow-up of the Citycar project intiated by the MIT Media Lab a couple of years ago. It comes with a hinged body and the length of the body varies from the standard 2,438 mm to only 1,524mm when the vehicle is in the parking configuration.

Another interesting feature would have to be the Wheel Robots, with each of the Hiriko’s wheel assembly integrating an electric motor, braking and steering functions, along with suspension. This makes the concept a zero turning radius vehicle. The developers of the Hiriko are saying that it can provide a range of up to 75 km (46 miles) which they consider as being sufficient for the daily urban commuter.

If it gets the green light for production, the Hiriko has a projected price tag of approximately $16,000.

Gallery: Hiriko two-seater EV with folding body could be launched in 2013 [video]