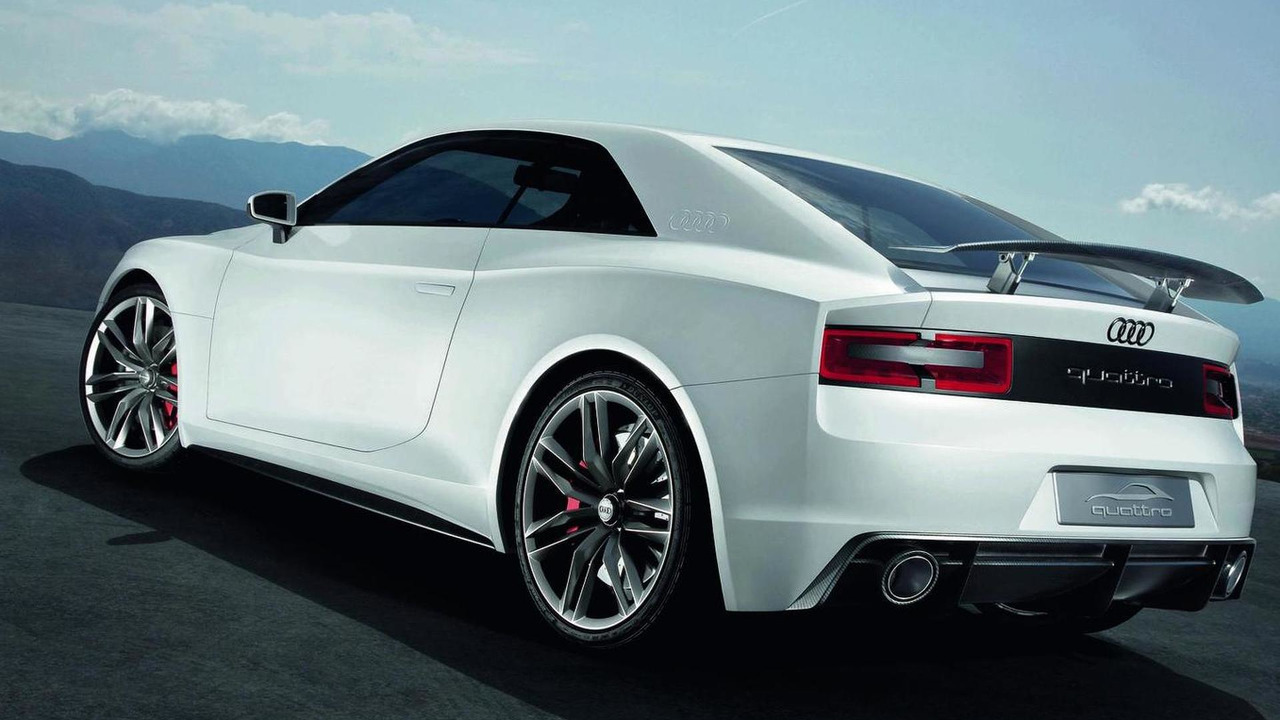 Audi will reportedly introduce a Quattro successor in 2015. Learn more inside

Audi will reportedly introduce a Quattro successor in 2015.

Being developed under the Q35 codename, the model will slot between the TT and R8. Unlike the concept, the production model could be to be a crossover-like coupe with two doors and four seats. It is slated to have short overhangs, a flat roof and an aggressive front fascia. We can also expect bulging fenders, LED lighting units and 20-inch alloy wheels.

Power will likely be provided by a turbocharged 2.5-liter five-cylinder engine with 380 PS (279 kW / 375 hp). It should be connected to an S tronic dual-clutch transmission which could enable the model to accelerate from 0-100 km/h in just over four seconds.

The car could be unveiled on the Quattro's 35th anniversary (thus the Q35 name) in March 2015. Production is pegged at 10,000 units annually.