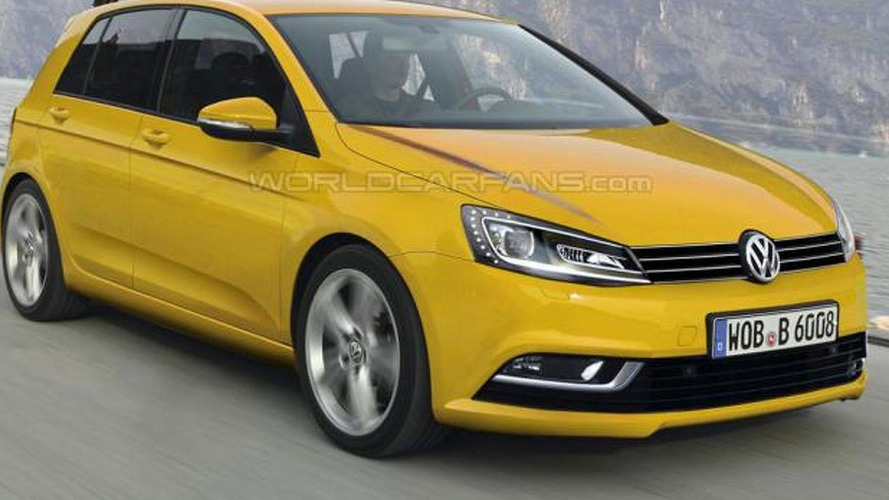 The German automaker Volkswagen has confirmed that the upcoming Golf VII BlueMotion will be powered by a 1.6-liter TDI engine which will allow the car to return 73 mpg US (88 mpg UK or 3.2 liters / 100 km). The standard versions of the Golf VII with the 1.6 TDI engine will probably have CO2 emissions of 99 g/km.

Volkswagen says that it will be the cleanest vehicle in this class thanks to the lighter body and the better drag coefficient of 0.274, making it even cleaner than the Toyota Prius. This piece of information was revealed at an advanced preview of the model before it makes it public debut at the Paris Motor Show at the end of September.

Company’s officials also confirmed that a three-door version is in the works but it will probably be launched after the arrival of the five-door model. The latter enters production in November and goes on sale towards the end of 2012.