Audi A7 Mule Hits the Road 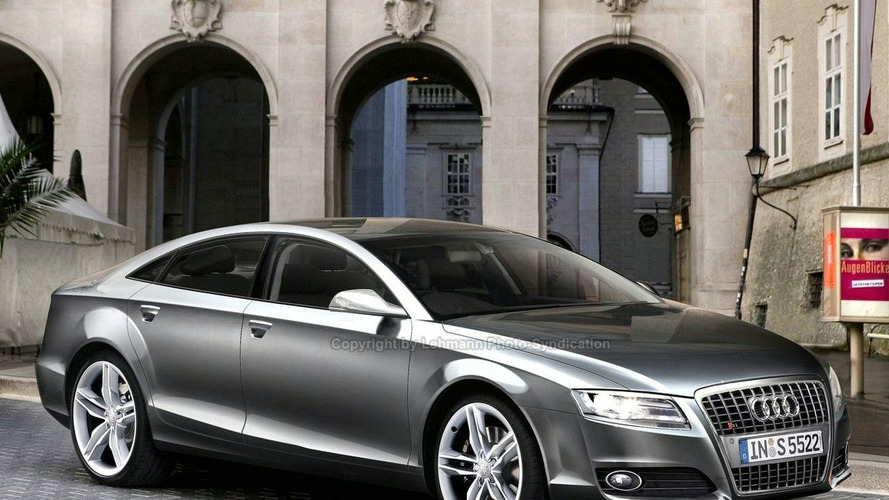 First mules of the car that will be positioned between the A6 and the A8 have started testing, and they are doing it with a modified A6 front on an A8 body, also with some visible modifications.

Audi's answer to Mercedes' CLS four-door coupe has hit the road in mule form. At first glance it is clear to see this Audi A7 mule is wearing a slightly modified front end of an A6 combined with an A8 body. Closer inspection reveals the Frankenstein nature of this mule with a shortened trunk and a rear bumper which is hiding a new exhaust system.

Back in March during the Geneva Motor Show, Audi officials stated their intent to double the model lineup by 2015 and confirmed a few of the early ones such as the Q5 and A7 as well as another smaller SUV yet to be named.

Hoping to target customers looking for a vehicle with a sleek coupe appearance yet four-door function, the Audi A7 will naturally be positioned between the A6 and A8 using Audi's new “one size fits all” MLP (Modular Long Platform) first debuting in the Audi A5 and more recently the new A4. However, the A7 version of the MLP also sets the basis for the next generation A6 as well. Just like the A4/A5, the A6 and A7 will receive a new steering rack, multi-link suspension and rear-biased quattro all-wheel-drive in an effort to combat the notorious understeer characteristics of the previous generations. Audi knows its' cars need to perform better dynamically in order to compete with BMW and Mercedes.