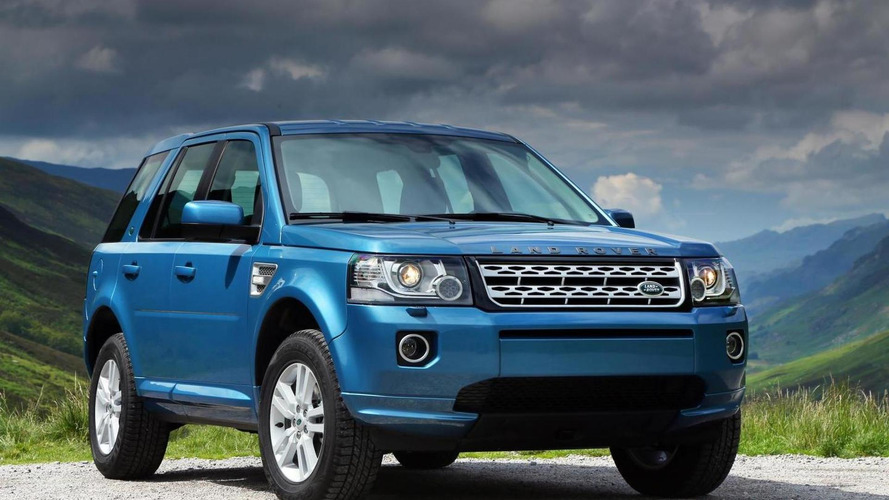 Land Rover will introduce the 2013 Freelander 2 at the Moscow Motor Show at the end of this month.

Set to make its first appearance next week at the Moscow Motor Show, the revised Freelander 2 has received a few exterior updates, along with an entirely new cabin and additional goodies. The last time Land Rover refreshed the Freelander was back in 2010 when they modified the tailgate and the grille, along with rolling out the eD4 2WD version.

The British automaker has given the headlights and the taillights the xenon LED treatment, while the front lamps feature a different graphic. A brighter chrome trim was used for the grille and the fog lights, and customers will be able to order the car with three new colors for the exterior: Mauritius Blue, Aintree Green and Havana.

Inside we notice the entirely new center console, a five-inch screen located in the center of the instrument cluster, along with new technologies such as keyless start, a rear-view camera and a voice activation system. The premium Meridian audio system that was introduced on the Evoque is now available for the Freelander 2 in two forms: 11-speaker 380W system and 17-speaker 825W configuration that also includes a bigger seven-inch central display. The standard model comes with an 8-speaker 80W audio system.

The engine lineup has remained the same as the refreshed Freelander 2 which includes three 4-cylinder 2.2-liter turbodiesel engines that received some modifications last year. We are talking about the TD4 (184 hp), SD4 (187 hp) and the eD4 (148 hp) which is available exclusively for the 2WD version with the manual gearbox.

Land Rover has not released the full details about the price list but we do know that the entry-level model starts at 23,700 pounds, making it 1,000 pounds more expensive than the outgoing model. It is expected to go on sale in the United Kingdom this October.

Check out the press release below for additional info.