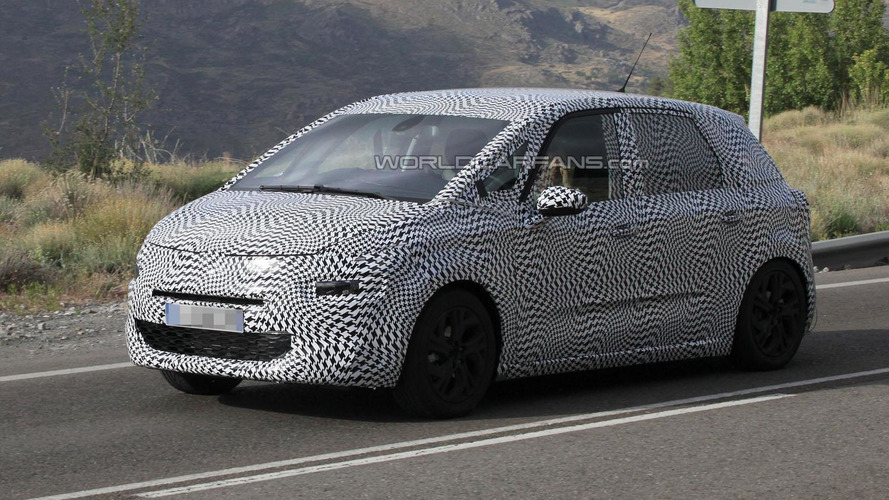 The French automaker Citroen is working on a facelift for the C4 Picasso that should be out in 2013.

The French automaker Citroen is working on a facelift for the C4 Picasso before the new generation arrives in 2015. The all-new version is being co-developed with General Motors and will be one of the first vehicles to result from this collaboration between PSA Peugeot-Citroen and GM as other models are planned, such as replacements for the Peugeot 5008 and for the Opel/Vauxhall Zafira.

The current Zafira will continue to be manufactured in Germany at GM’s plant located in Bochum until 2015/2016, while its replacement will be made in a PSA factory. The car seen in these spy shots is the 2013 facelift of the C4 Picasso that will be out in mid-2013, most likely after its public debut at the Geneva Motor Show.

It will utilize PSA’s PF2 platform that is used for the DS4 and C4 hatchbacks, while the suspension layout will most likely be a MacPherson strut for the front and a torsion beam for the rear which will be further tweaked in order to provide better refinement. The engines will be the same as before so expect to find a 1.6-liter gasoline unit, along with 1.6- and 2.0-liter diesels. Chances are that Citroen is also developing the Hybrid4 AWD diesel-electric version as well.

Design-wise, it will most likely be influenced by the styling of the DS4, including a more distinctive front end, while on the inside it will borrow the look of the latest C4. Citroen also plans an update around the same time for the larger 7-seat C4 Grand Picasso.