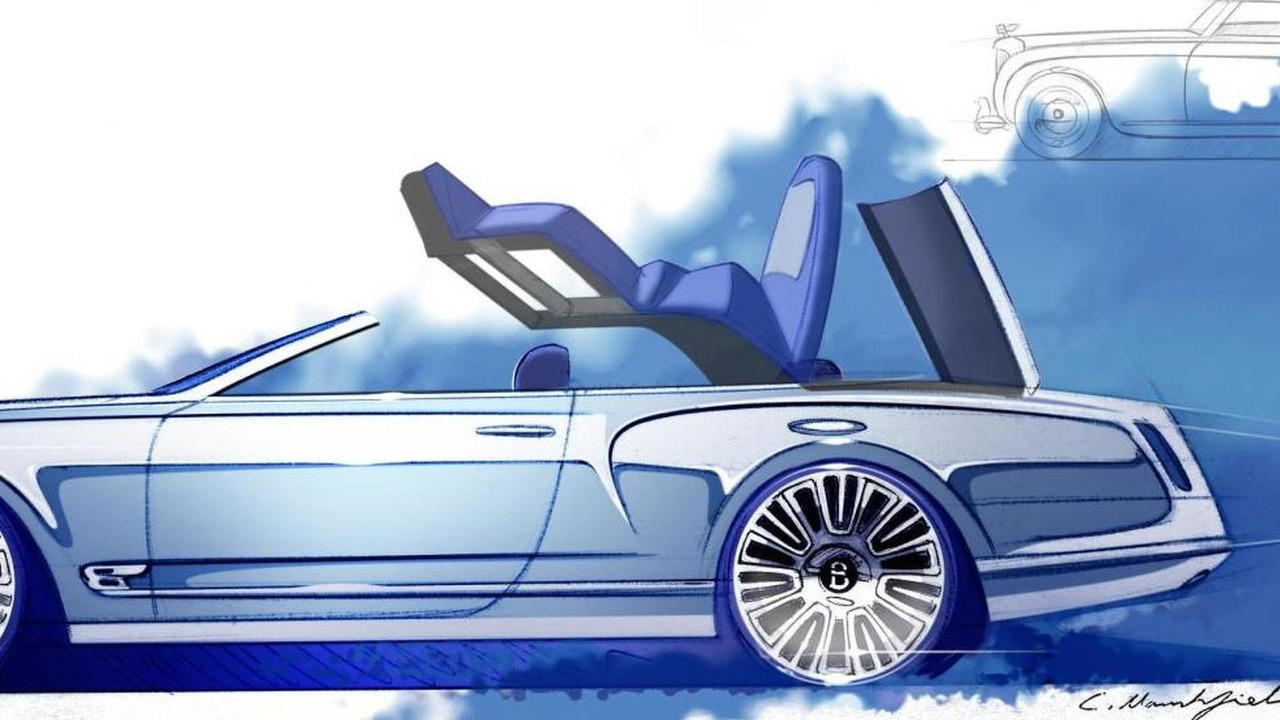 Sketches of the upcoming Bentley Mulsanne Convertible have been revealed at Pebble Beach this weekend.

The sedan version of the Mulsanne was introduced back in 2009 at Pebble Beach and now three years later Bentley has revealed the first sketches of the upcoming convertible model. There are no details about the engine motivating the car but chances are that it will have the same power unit as a sedan so expect to see a V8 6.75-liter with 505 hp (377 kW / 512 PS) and 752 lb-ft (1020 Nm) of torque.

Bentley’s engineers have worked to make the car more driver-focused in comparison to its sedan counterpart which is focused towards the passengers. The suspension and steering will be tweaked for providing a sharper drive, while a Sport mode is possible which would firm up the suspension and also quicken the throttle and steering.

If the feedback received will be positive, Bentley will put the car into production in about 12 months, with prices starting from about 250,000 pounds, making it 25,000 pounds more expensive than the sedan.