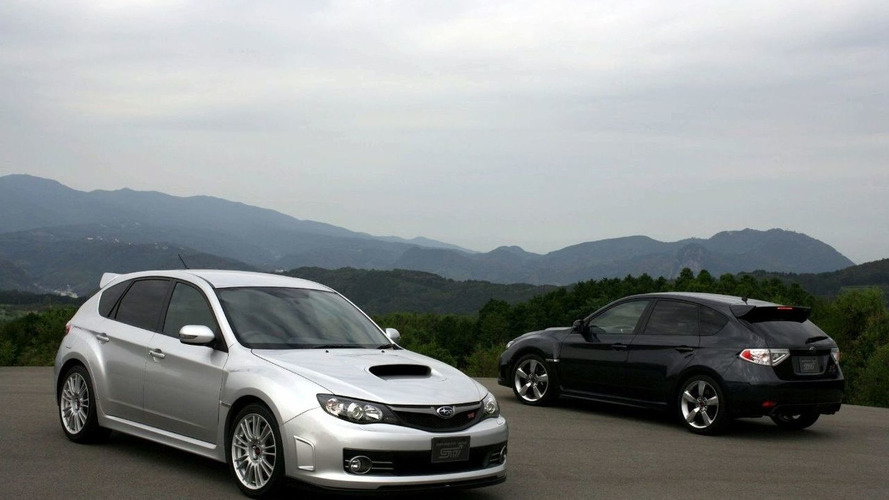 The wait is finally over, and we have official photos and information about the updated Subaru Impreza WRX STI. Subaru's latest version of their flagship rally car debuts at the Tokyo Motor Show

The wait is finally over, and we have official photos and information about the updated Subaru Impreza WRX STI.  Subaru's latest version of their flagship rally car debuts at the Tokyo Motor Show on October 24th just before noon, Tokyo time.

With a new one-piece nose, the five-door STI looks a little less boring than the current model.  This new version has more stylized front and side panels, giving it a more streamlined appearance when compared to STI already in production.  This new STI also has a less pronounced hood scoop that is more integrated with the rest of the car.  The front and rear overhangs have also been shortened on this longer, wider STI.  Overall, the five-door has a less boxy look to it compared to previous versions.

Also added to the new WRX STI is a new, horizontally-opposed 2.0 liter engine.  This four-cylinder engine is still outfitted with a turbo-charger, and is combined with the company's Subaru Intelligent Drive, or SI-DRIVE for short.  When paired together, the company claims the car has the high performance its customers demand, as well as "excellent handling under extreme [and] normal driving conditions."

Sitting on 18-inch wheels, the WRX STI rides with a reverse-type strut suspension in the front, and a double wishbone suspension in the rear.  The company also claims the Subaru Impreza WRX STI has a new chassis to improve "road-hugging capability," while still giving the driver "exhilaration and confidence" when taking the car out on the streets.

The new Subaru Impreza WRX STI will be formally introduced to the world on October 24th at 11:50am Tokyo time, during the 40th Annual Tokyo Motor Show.