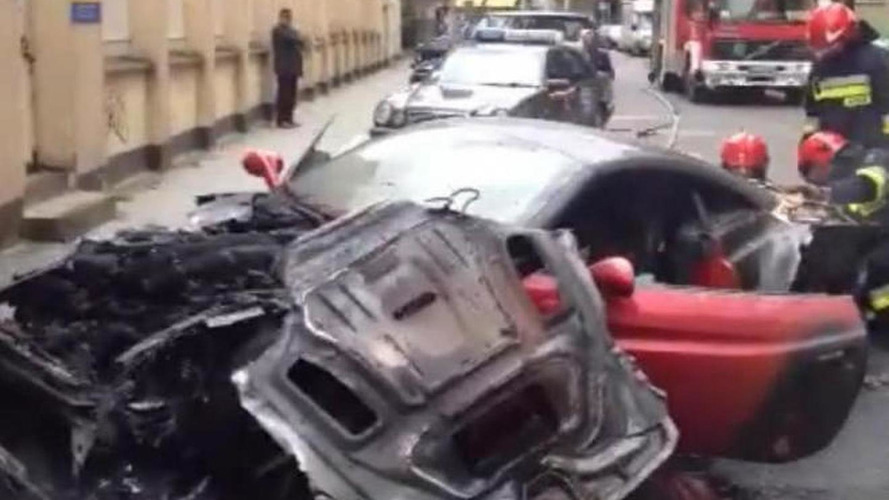 A Ferrari California burned down earlier this week in Warsaw near the Museum of Modern Art.

Yet another Ferrari has burned down, this time the beautiful California. It happened a few days ago in Warsaw, Poland near the Museum of Modern Art. There aren't a lot of details to share at the moment but it seems that the fire started from near the car's front, probably in the engine compartment. Unfortunately for the owner of the vehicle, the California was already a total loss by the time the firefighters arrived.

You probably know the long history of burning Ferraris but usually these had to do with the 458 Italia and other older models as we don't remember a similar incident with the California. Back in February in China, an FF went up in smoke in Shanghai. Let's just hope that the successor of the Enzo won't have these problems.

Thanks to Michal for the tip!