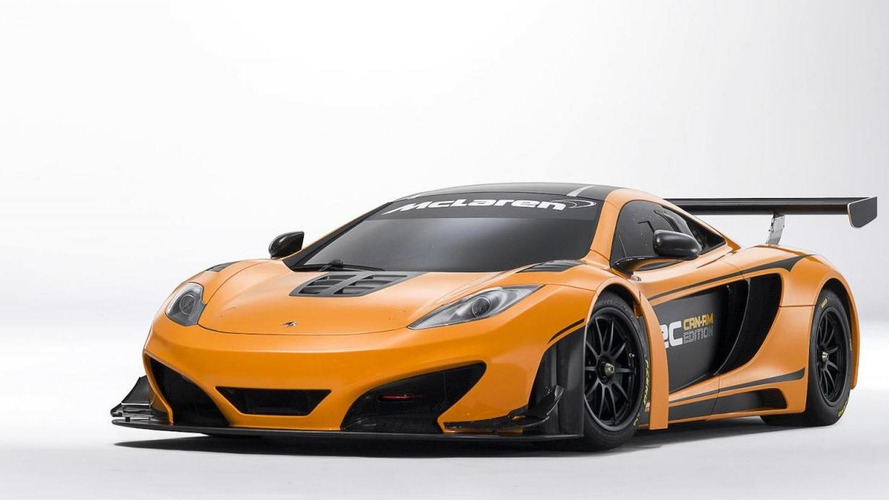 At this year's edition of the Pebble Beach Concours d'Elegance, McLaren has introduced the 12C Can-Am Edition.

At this year's edition of the Pebble Beach Concours d'Elegance organized in California, British sports car maker McLaren has introduced a track-only version of its MP4-12C model. Developed by McLaren GT, this one-off concept is based on the MP4-12C GT3 racecar and wears the company's well-known orange finish as a tribute to the cars driven by Bruce McLaren and Denny Hulme in the 60s and 70s. This orange hue is contrasted by the carbon fiber and satin black details.

Much like in the aforementioned 12C GT3, this track-only concept comes with a wide bodykit that has a carbon fiber front splitter, rear wing, rear diffuser, dive planes, all designed in order to provide 30 percent increased downforce compared to the standard vehicle.

The car is powered by the same V8 3.8-liter twin-turbo engine found in the MP4-12C but for this concept they've remapped the ECU and uprated the cooling system so now the power unit pumps out 630 hp (470 kW / 639 PS). The automaker says that the 12C Can-Am has a curb weight of just 2,645 lbs (1,200 kg). Aside from these changes, the concept is fitted with a race-spec brake system, black satin-finished forged alloys and Pirelli racing slick tires.

As for the interior cabin, it has been entirely stripped down and instead it has race-specification features, such as the two body-hugging seats with 6-point harnesses, a removable steering wheel, a full roll cage, along with air conditioning because it's mandatory on several race series, even though this still remains only a concept.