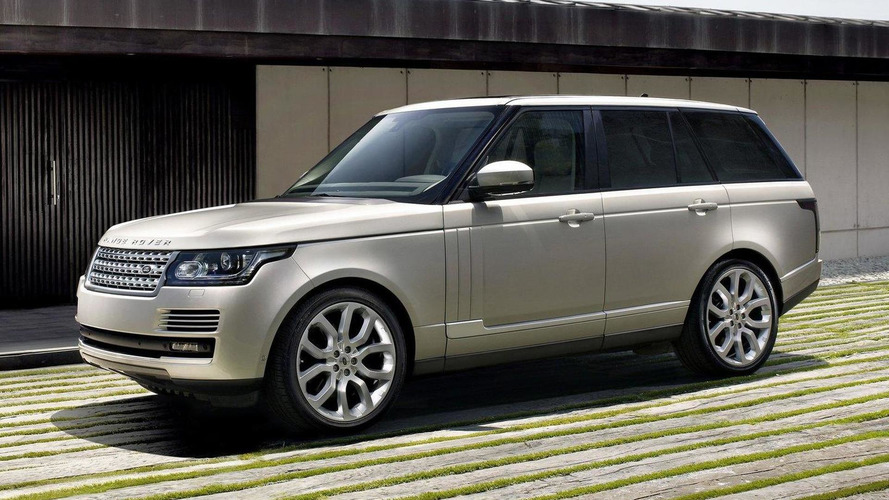 Set to debut at the Paris Motor Show, Land Rover has unveiled the all-new 2013 Range Rover.

Just a few hours after the leak, Land Rover has finally revealed the all-new Range Rover which is set to make its public debut next month at the Paris Motor Show.

The most important change compared to the third-gen model would have to be the new all-aluminum monocoque body and chassis that has shaved off 420 kg (926 pounds) compared to the outgoing model, which means that fuel consumption and CO2 emissions have also been reduced. The British carmaker has revealed that the car's four-corner air suspension has been completely reworked for the new model.

The new Range Rover has a 100mm longer wheelbase and possibly longer front and rear tracks as well. Although every surface of the fourth-gen Range Rover is entirely new according to the British automaker, the SUV follows in the footsteps of its predecessor as far as styling is concerned, featuring a two-piece tailgate, blacked-out pillars, prominent "Range Rover" script on the hood and the swage lines high on the sides and level with the door handles. We notice a few modifications such as the stylishly raked front grille and the wraparound headlights, creating a sleeker look for the new Range Rover.

Customers will get to choose from one of three engines available, including a 5.0-liter V8 supercharged gasoline unit, a special version of the 3.0-liter V6 diesel (offered in the Discovery model) and the 4.4-liter V8 diesel that is already available in the outgoing model but for the new generation it will feature a few updates.

These three engines will be mated to an 8-speed automatic gearbox from ZF, without the possibility of opting for a manual transmission. Some of the features of the 2013 Range Rover include a better Terrain Response 2 system, along with stability and traction control systems.

Moving on the inside, the cabin is inspired by the current model, with a large TFT screen that shows the speedo and tachometer functions. Between these two there are ancillary functions, while sitting above the prominent console is a generous 8-inch display. At the back of the car there's 120mm more legroom thanks to the longer wheelbase.

Customers will be able to order the 2013 Range Rover with the standard 3-occupant rear seat or the new 2-seat "Executive" layout which will extend the center console all the way through the rear cabin. The doors of the tailgate will be electrically assisted, while the audio system is provided by Meridian.

The all-new Range Rover will be available for order from next month, while deliveries are expected to commence at the beginning of 2013. It will be sold in more than 160 countries from all over the world. UK will be the first country to get the SUV, with prices expected to start from somewhere around 70,000 pounds, while the high-end versions will be approximately 120,000 pounds.