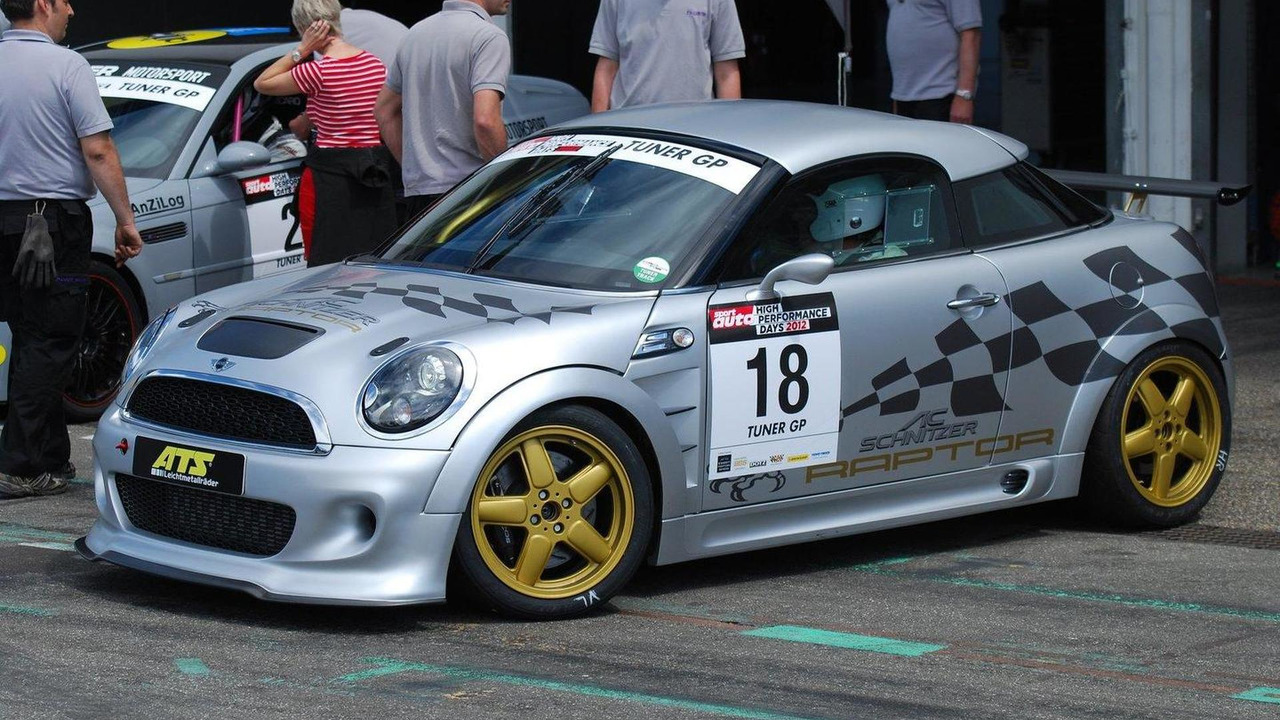 AC Schnitzer has already unveiled their MINI JCW Coupe-based Raptor, but here's a new video of the car setting an impressive lap at the Hockenheim.

AC Schnitzer has already unveiled the MINI JCW Coupe-based Raptor, but here's a video of the car setting an impressive lap at the Hockenheim.

Driven by Sport Auto's Christian Gebhardt, the Raptor was able to complete the course in just 1:10.87. This means the car was faster than the Lexus LFA, Audi R8 V10 and Porsche 911 Turbo S.

As we have previously reported, motivation is provided by a turbocharged 1.6-liter four-cylinder engine that has been equipped with a new engine management system, an intercooler and a sports exhaust system. Thanks to these modifications, as well as the addition of a new turbocharger, the engine develops an impressive 300 PS (221 kW / 296 hp) and 400 Nm (295 lb-ft) of torque - an increase of 89 PS (65 kW / 88 hp) and 120 Nm (88 lb-ft).