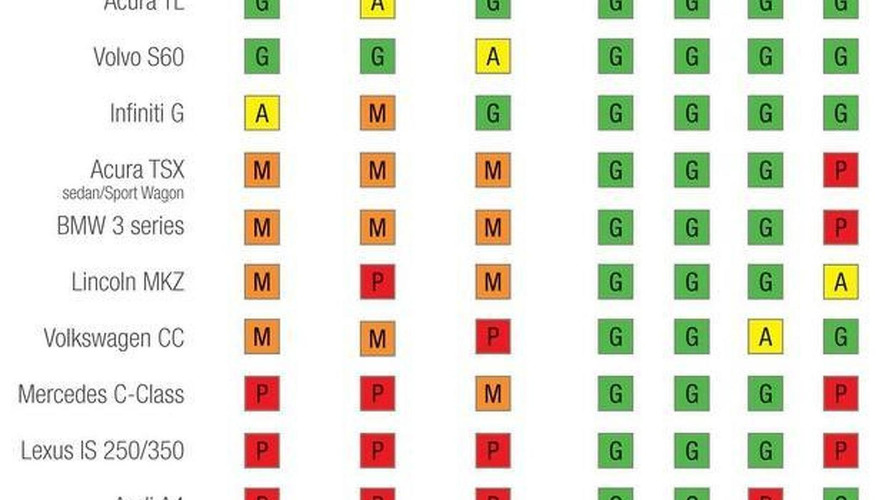 The Insurance Institute for Highway Safety (IIHS) has recently conducted a test that mimics small overlap head-on collisions. For this new test they have selected 11 mid-sized and luxury or near-luxury vehicles, with all of them meeting the existent safety regulations. However, in this new test only two cars managed to obtain "good" ratings: Acura TL and Volvo S60.

Other cars tested were the Infiniti G that got an "acceptable" rating, while vehicles such as the Mercedes-Benz C-Class, Lexus ES 350, Audi A4 and the Lexus IS 250/350 obtained a "poor" rating. "Marginal" ratings were achieved by cars like the BMW 3-Series, Volkswagen CC, Lincoln MKZ and the Acura TSX sedan/sport wagon.

According to IIHS, this new test examines how the cars are able to handle a 40 mph (64 km/h) collision in which there's a 25 percent overlap with a 5-ft. tall deformable barrier, which represents a modification of the moderate 40 percent overlap test.

This new test has already been criticized by various automakers like Honda and Mercedes-Benz, with both citing potential handling problems and the uncommon nature of the scenario recreated by this test.

More about each car in the press release below.