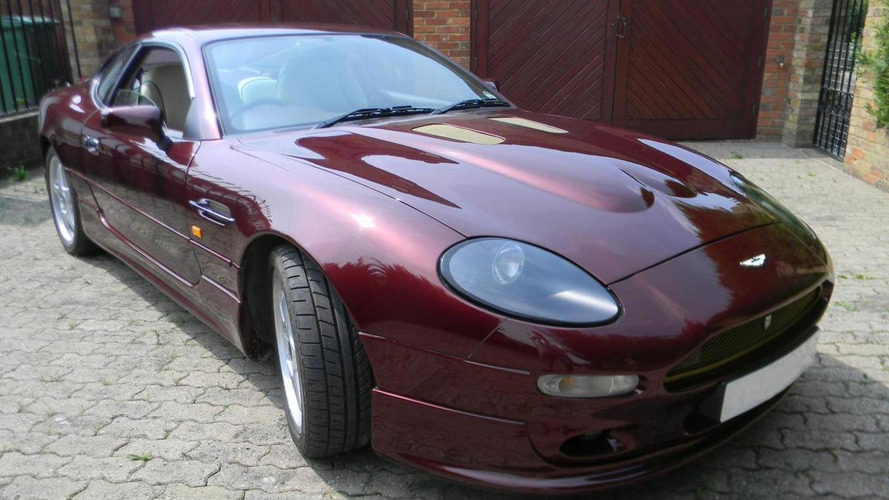 On September 1 in UK, classic sports car and auctioneer Historics at Brooklands will list a one-off Aston Martin DB7 from 1998.

On September 1 in the UK, classic sports car and auctioneer Historics at Brooklands will list a one-off Aston Martin DB7 from 1998. Wearing a Cheviot red paint finish, the vehicle was commissioned by a member of the Saudi Arabian Royal family. What makes it truly a special car is the engine as it doesn't have the regular inline-six with 335 hp (250 hp / 339 kW) or the V12 Vantage's 420 hp (313 kW / 425 PS).

Under the hood is a V8 6.4-liter power unit from the AMR1 racing car that pumps out 452 hp (337 kW / 458 PS), even more than the massive V12. There's more to the car than just the different engine as it also has bulging hood lines, which were probably more of an engineering necessity instead of just a simple aesthetics. Aside from the different bonnet, this custom 1998 Aston Martin DB7 also comes with an uprated suspension, AP Racing brakes, along with an improved steering to match the higher output of the engine.