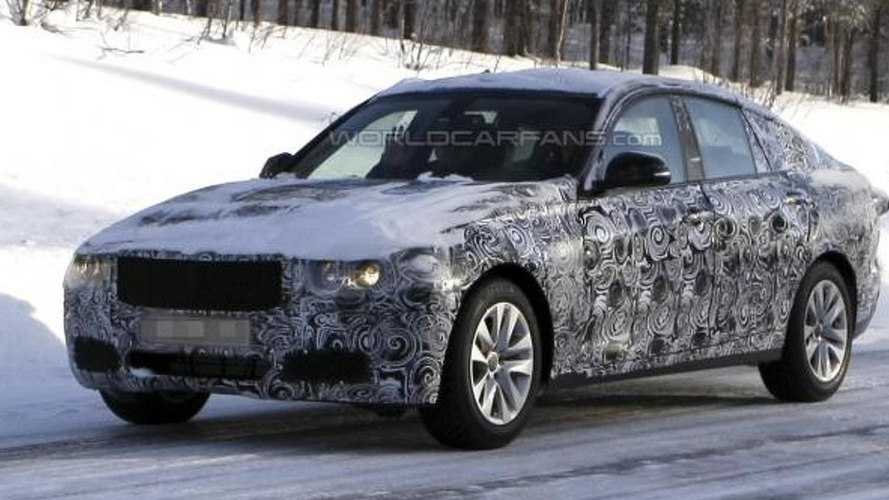 A concept of the upcoming BMW 3-Series GT will be showcased in September at the Paris Motor Show.

BMW has already started the production of the 3-Series GT at the company's plant in Leipzig. Next month at the Paris Motor Show we'll get to see a lightly veiled concept, before the car goes on sale next year. The vehicle is based on a LWB version of the current 3-Series, but we don't know for sure its exact dimensions. However, it is expected to be a bit shorter than the 3-Series Li model sold in China, which is 110mm longer than the standard 2810mm of the regular 3-Series. This platform will also be used for the 4-Series Gran Coupe, a 3-series four-door model scheduled to make an appearance in 2015.

The shape will be similar to what we've already seen on the rather unattractive 5-Series GT so expect to see a broader waistline and a higher roofline compared to the regular 3-Series. In addition, the 3-Series GT will probably feature a heavily angled tailgate and four frameless doors. Since it will have a longer wheelbase than the standard version, it's obvious that it will offer more rear legroom and more cargo space as well. One of the optional features is going to be a glass roof, while the two-piece tailgate will open either porthole-style or in union with the rear window, just like in the 5-Series GT.

More details will be available next month at the Paris Motor Show.