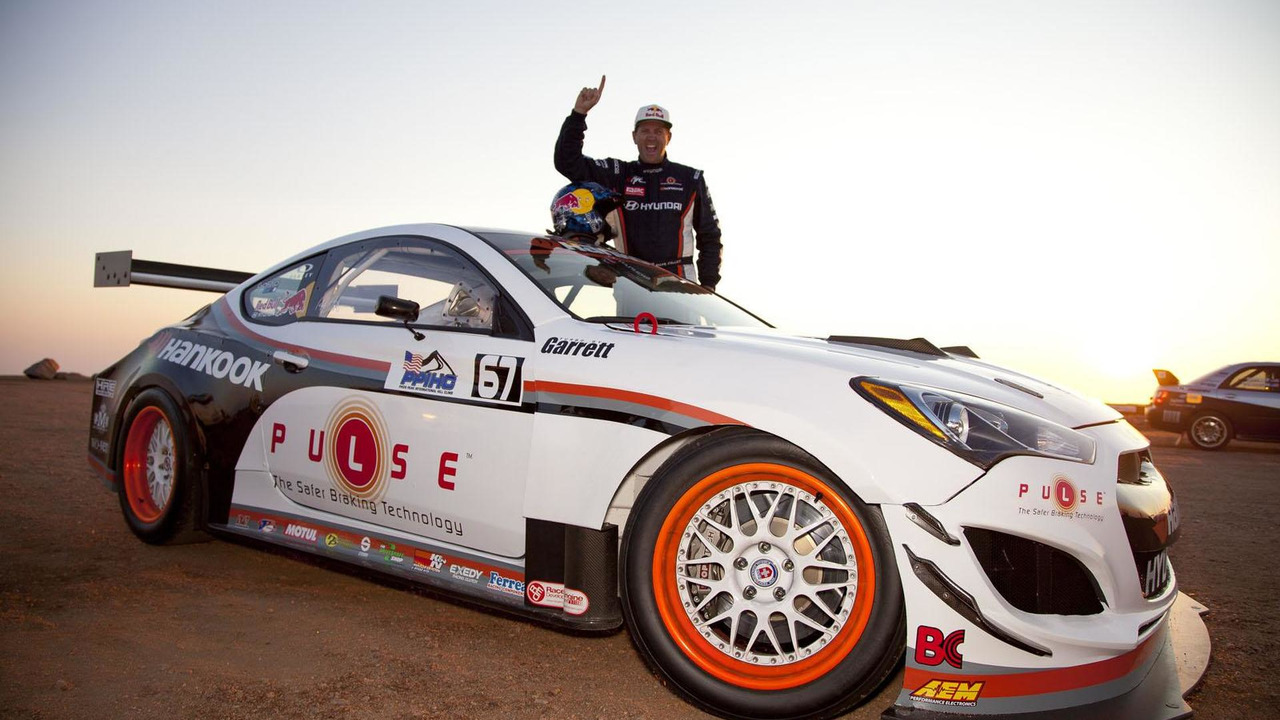 Rhys Millen has set a new world record at the Pikes Peak International Hill Climb. He completed the course in just 9:46.164.

In order to achieve this impressive feat, the car was equipped with an aerodynamic body kit that included a new front splitter and a revised rear wing. The model also featured high-performance brakes, a sport-tuned suspension and custom HRE wheels with Hankook F200 racing slicks.

In a statement, Millen said "This year, it really came together for the RMR team at Pikes. With the insights gained from the last few years in our Genesis Coupe, the team was able to make some high-impact improvements, leveraging additional downforce and traction opportunities provided by the new all-tarmac surface. And behind the wheel, my experience at Pikes Peak over the years allowed me to shave a few tenths from virtually every corner." He concluded, "Breaking the 10-minute barrier is something I've always wanted to do, and it feels great to accomplish this goal in 2012."