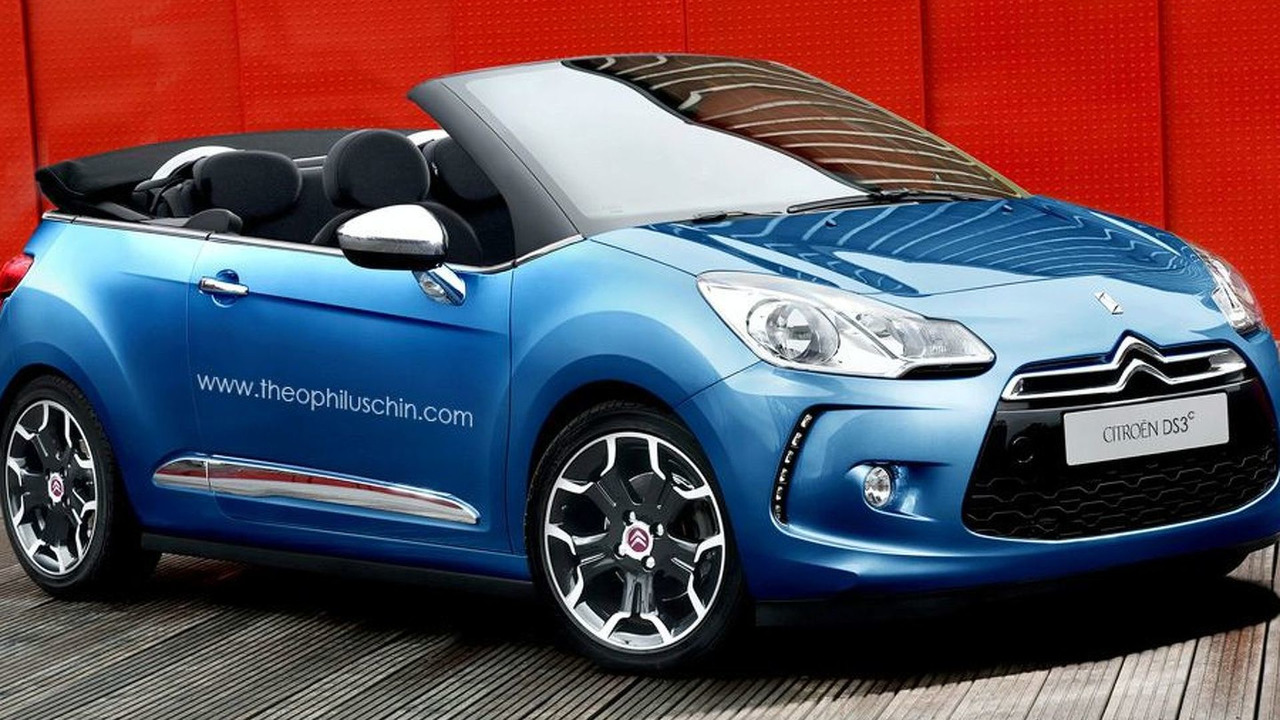 French automaker Citroen plans on introducing next month at the Paris Motor Show a convertible version of the DS3.

French automaker Citroen plans on introducing next month at the Paris Motor Show a convertible version of the DS3 which is scheduled to go on sale in 2013. It seems that the vehicle will feature a roll-back fabric roof rather than a conventional electric folding cloth top. Most likely it will be the same setup found on Fiat's 500C.

The DS3's roof mechanism will roll back and sit above the tailgate allowing the roof bars to remain in place, just like the windows. Expect to see a new rear window, while the car's body structure won't suffer significant modifications compared to the regular DS3, meaning that it probably won't be a lot heavier.

The Citroen DS3 convertible which might be named Airflow is expected to get a 1.6-liter diesel engine with 108 hp (81 kW / 110 PS) and a more powerful 1.6-liter gasoline turbo with 148 hp (110 kW / 150 PS). Most likely, the convertible will be more expensive than its hatchback counterpart.

We'll have more details to share next month during the Paris Motor Show.