Veyron driver gets pulled over by bicycle cop 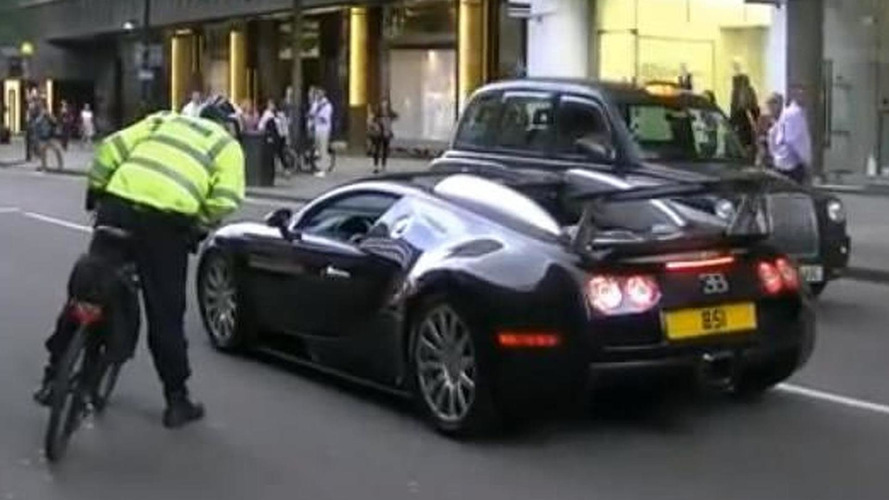 A bicycle cop in London pulling over a Bugatti Veyron because it didn't had the front license plate.

Driving without the front license plate is not allowed in London, which is why the owner of this Bugatti Veyron was pulled over by a bicycle cop. This goes to show that even if you own the fastest car in the world it doesn't mean that you shouldn't obey the law. During the summer Olympics there are considerably more cops in London so everybody should be on best behavior in order to avoid any incidents.

We should mention that the driver of that Veyron received only a warning as he didn't get a ticket for the missing front license plate. Anyway, it seems that nowadays in London the British justice is stronger than the 1,001 hp of the Bugatti Veyron.

Gallery: Veyron driver gets pulled over by bicycle cop