Four Porsches impounded on the Sea-to-Sky Highway in Canada 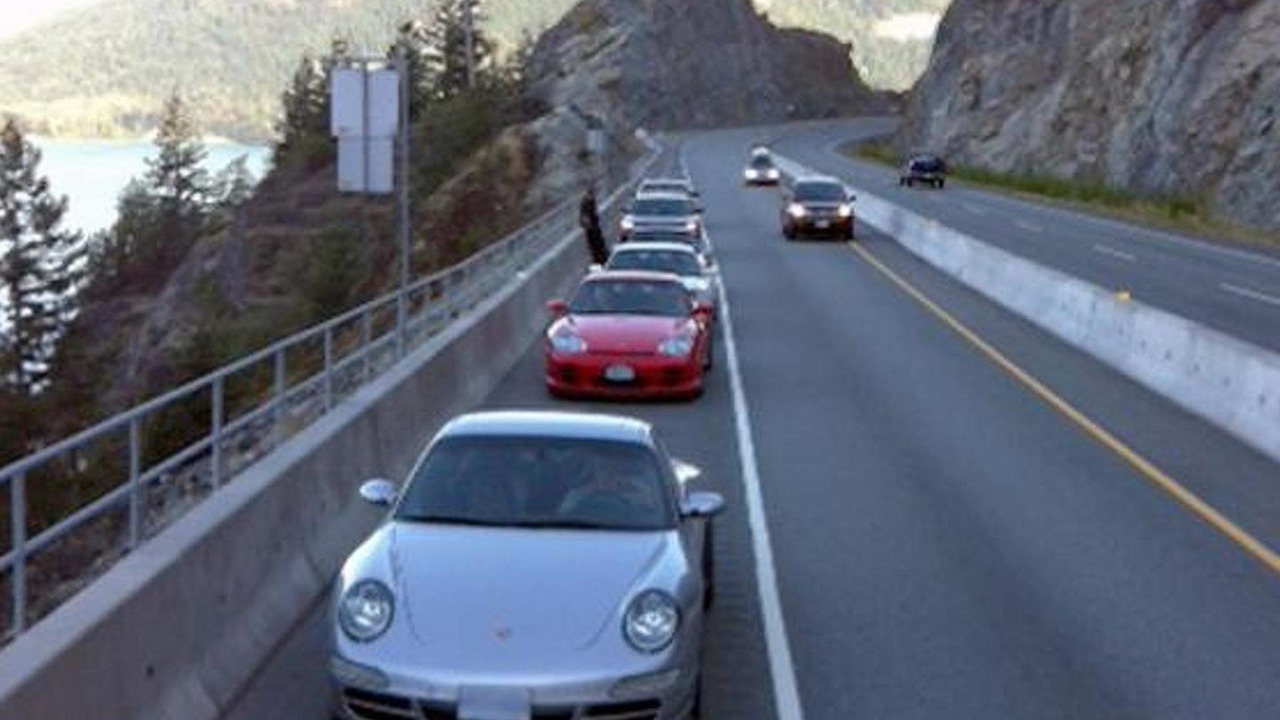 Four Porsche drivers received a $368 ticket and got their cars impounded after driving over the speed limit on Highway 99.

Towards the end of July, Cpl. Fred Harding issued warnings to some members of a Porsche club to drive slower on the Sea-to-Sky (Highway 99) between Vancouver and Whistler, B.C. On August 4th at 7:40 AM, the exact same officer noticed yet another group of Porsche drivers driving at speeds between 125 km/h (77 mph) and 131 km/h (81 mph) in an 80 km/h (49 mph) area.

All of the drivers were pulled over and received a $368 ticket, and those four Porsches are now impounded for a week. The four male drivers are all from Vancouver, while Mitchell Martin of Mitchell's Towing in North Vancouver said that one of the impounded vehicles was a "beautiful race-track-ready" car. Martin's staff estimated that the car's value was of $130,000, not taking into consideration the $50,000 - $70,000 "after-market goodies".

Fred Harding mentioned that the local West Vancouver Police Department will go on pursuing those who drive over the speed limit so watch out.

Gallery: Four Porsches impounded on the Sea-to-Sky Highway in Canada