AM General will soon launch a build-your-own Humvee kit 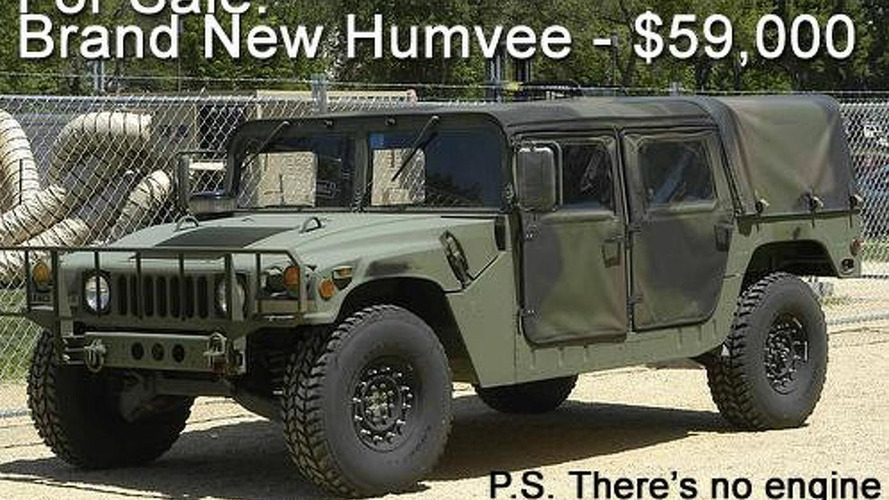 AM General is preparing a road-legal version of the Humvee which wil be priced at approximately $59,000.

Ever since 1984, the High Mobility Multipurpose Wheeled Vehicle (aka Humvee) has been serving the U.S. military, being deployed in operations from all over the world thanks to its high versatility level. In addition, in the early 90s it also spawned the Hummer (thanks Arnold) which as most of you know has been discontinued several years ago.

AM General is the maker of the Humvee and now they are looking for new ways to make a profit since the United States military is phasing out the old Humvee. It seems that the company will soon launch a build-your-own C-Series kit version of the Humvee that will cost about $59,000. For the money the client will get a rolling chassis which will need a power unit and the gearbox.

Under that hood the client could squeeze in a Duramax Diesel V-8 engine and an Allison transmission for $75,000. The reason why this kit is so affordable because it doesn't have all the goodies of its military counterpart. It comes with cloth doors, cloth top, no sound deadening materials, no interior trim and no comfort features like an air conditioning system. Some of the few features included are the central tire inflation system and two-piece beadlock wheels.

We should also mention that this C-Series Humvee will have a four-seat configuration and two fuel tanks, while optional goodies include a heated windshield, various color options, rocker panel protection and drive line protection as well.

Gallery: AM General will soon launch a build-your-own Humvee kit