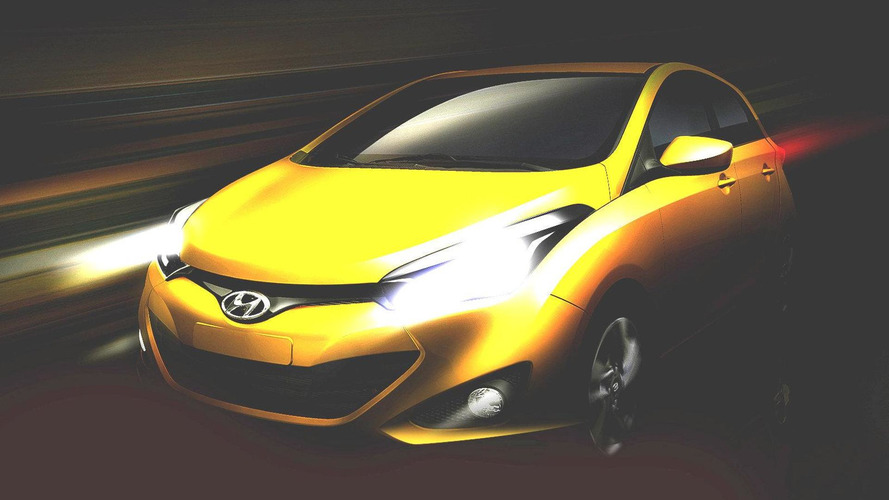 The HB20 will begin production at the Piracicaba plant in September with hatchback sales starting in October this year.

Hyundai Motor Brazil has announced the name of a new compact model as well as release teaser photos. The HB20 will begin production at the Piracicaba plant in September with hatchback sales starting in October this year.

Called HB20 where "HB" stands for "Hyundai Brazil" and "20" is the number used by Hyundai to identify global models with this size platform, the teaser pictures signal the continuation of Hyundai's Fluidic Sculpture design language. As you may have guessed, the HB20 is based on the European market i20 model but has its own unqiue stylings.

At launch the HB20 will be available with 1.0-liter and 1.6 flex fuel (ethanol or gasoline) engines with automatic transmission optional for the 1.6 version. Power output will be 85 PS and 130 PS, respectively. Performance and fuel efficiency specs will be announced closer to market launch.

Hyundai Brazil also mentioned the HB20 is the first in a new family of HB models. A sedan and an SUV-looking version will be launched in 2013.