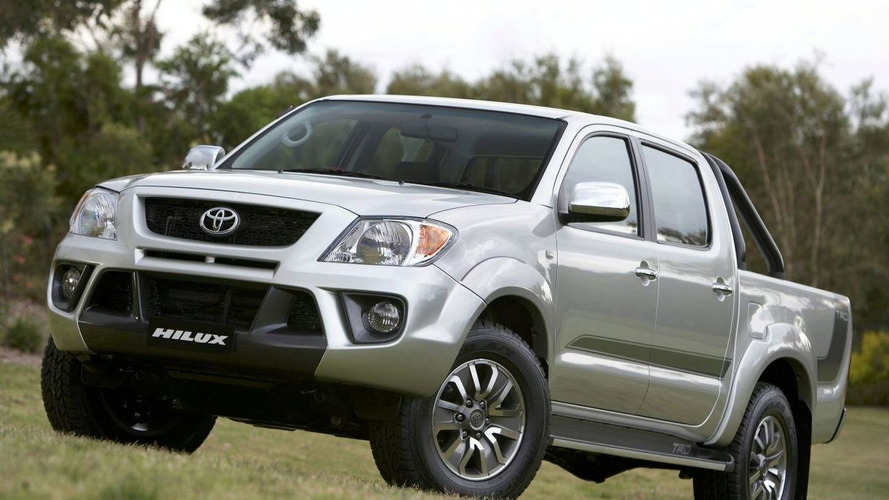 We know the TRD HiLux is coming and Toyota Australia's TRD division is tantalizing Australians with a final pre-production version of their second model at the Australian International Motor Show in Sydney this week. The first TRD model is of course the 323 hp Toyota Aurion which was launched last August.

The TRD HiLux will be powered by a 4.0 liter supercharged V6 producing 25% more power than the standard 175 kW (235 hp) engine and raises torque to well over 400 Nm. Final figures have not been released yet.

Styling will follow the TRD Aurion, especially around the grille, with TRD graphics (logo on grille, signature R on the mesh and on the side steps). The HiLux sits on 17 inch six spoke wheels and has a blacked out B-pilar to visually extend the glass side areas.