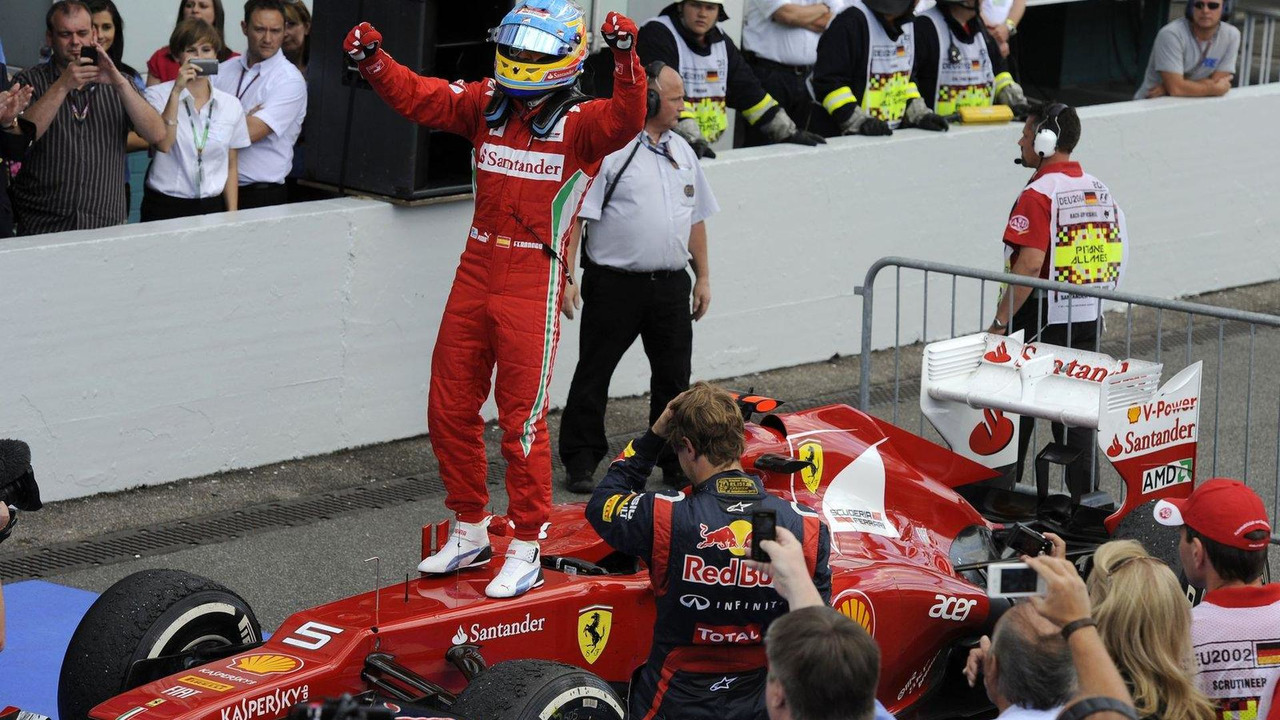 Before and then after Sunday's German grand prix, controversy haunted Red Bull. But it was Ferrari's Fernando Alonso who continued to stroll away at the head of the world championship, the Spaniard ...

Before and then after Sunday's German grand prix, controversy haunted Red Bull.

But it was Ferrari's Fernando Alonso who continued to stroll away at the head of the world championship, the Spaniard serenely extending his lead with a commanding win at Hockenheim.

All the excited talk, however, was about Red Bull.

The FIA kicked it all off, very publicly questioning the legality of the RB8 just hours before the red lights were due to extinguish.

A media report at the federation's official website said scrutineers found "torque irregularities" as the result of questionable software settings.

FIA technical delegate Jo Bauer said he thinks it is a rules breach.

But three hours later, the stewards said they did not agree, even though they did not "accept all the arguments of the team".

However, "as the regulation is written, the (engine) map presented does not breach the text of" the regulation, and so "no action" was taken.

On the grid, this weekend's driver-steward Derek Warwick said he suspected the ruling is "certainly not the end" of the latest Red Bull technical controversy.

And another Red Bull saga would break out on the very last lap of the race.

Jenson Button complained on the radio after losing his second place to Sebastian Vettel that the Red Bull passed him "beyond the circuit".

Button's McLaren engineer told the Briton the FIA is "aware" of the questionable move, and race officials indeed launched yet another stewards' enquiry.

Button then made Vettel aware as well, boldly telling the German before walking onto the podium: "They're going to investigate your overtake, you know."

Far away from all the controversy, Hockenheim was a perfect result for Alonso, as the Spaniard extended his points lead from 13 points to a commanding 34, with closest challenger Mark Webber - earlier pushed five places down the grid with a gearbox penalty - just eighth at the finish.