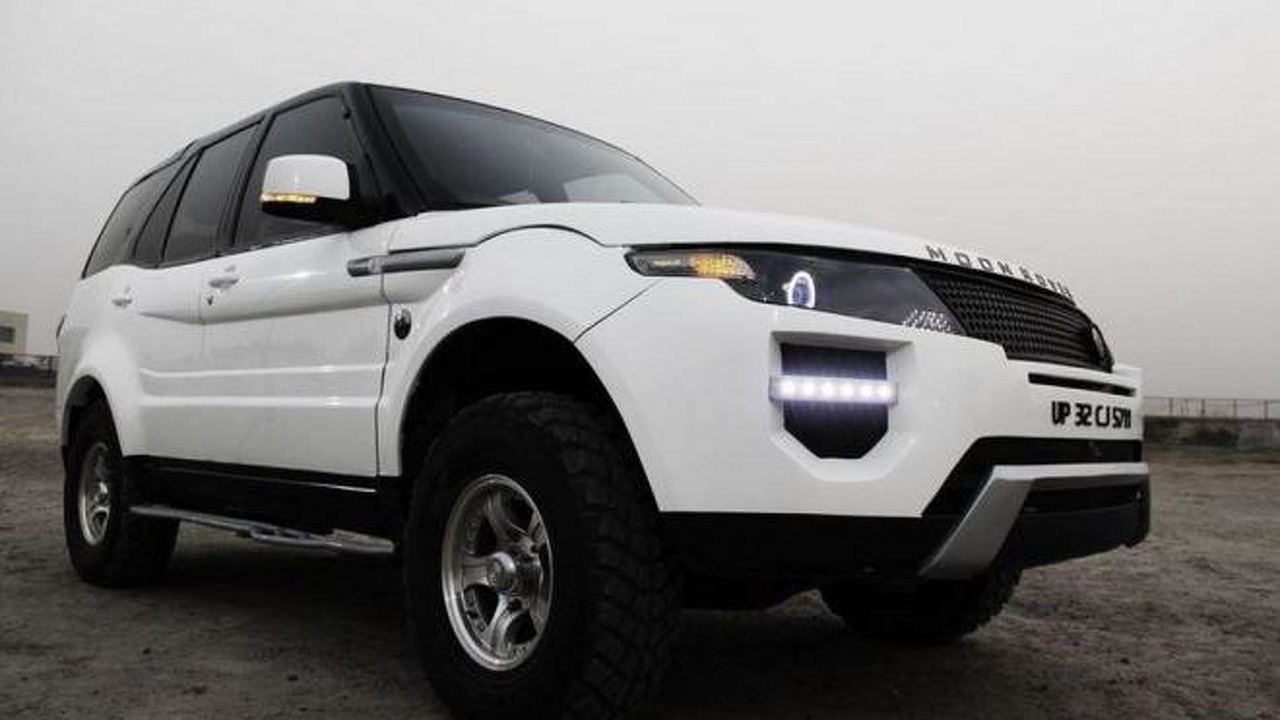 Indian tuning and styling company Big Daddy Customs have revealed their latest creation – the Moon Rover Evoque. And yes, your eyes aren't lying to you - it’s based on a Tata Safari.

Indian tuning and styling company Big Daddy Customs have revealed their latest creation – the Moon Rover Evoque. And yes, your eyes aren't lying to you - it’s based on a Tata Safari.

Using the Safari as a base may not be the most logical of choices for a Range Rover Evoque replica, but there are hundreds of them on every street corner in India so they are certainly available in good supply.

The most convincing aspect of the Moon Rover is the front end, where BDC have added new swept back headlights and a recessed grille, atop a new front bumper that mimics the Evoque’s style very well. There are the LED daytime running lights set in the large grilles and the silver lower body protection seen on the Evoque Dynamic. There’s also a new bonnet which features cutouts at the sides for the extended wheelarches.

At the back things don’t work quite so well with the high rear of the Safari not really lending itself to the low, wide look of the Evoque. But they have still added the silver trim and quad exhausts to attempt to complete the styling conversion, along with some LED rear lights. The car is painted in a two tone black over white.

Inside the whole interior has been re-trimmed in red leather for a luxury feel.

Though it may not be to our tastes, a lot of work has gone into this Moon Rover, and given that Tata owns Land Rover it’s even got some provenance.