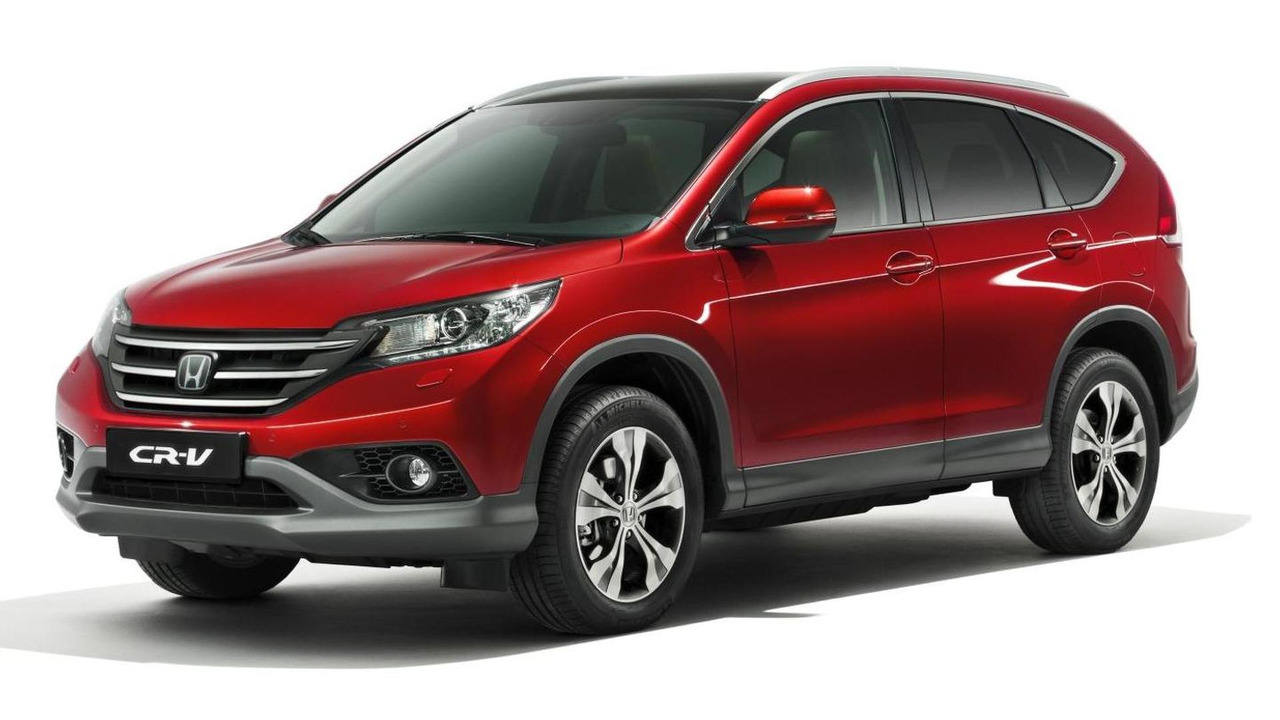 Honda has unveiled the all-new CR-V for Europe, making promises that it will be the most car-like mid-sized off roader yet when it goes on sale later this year.

Honda has unveiled the all-new CR-V for Europe, making promises that it will be the most car-like mid-sized off roader yet when it goes on sale later this year.

The British built SUV is very slightly longer than the old model, but has a 30mm lower roofline and the rear seat base has been dropped by 38mm, along with the driver’s seat dropping 10mm, all of which give the CR-V a much more car-like feel. Honda describe the car as a “perfectly centred balance between a car and an SUV”.

Visually the front end adopts the new Honda styling theme with a large grille that overlaps the swept-back headlights and a sharply creased front bumper with chunky off-road cladding at the bottom. The waistline rises up to the rear end where we see a small rear window and wraparound rear lights that from the rear three-quarter view gives a look very much like that of the Volvo XC60.

The new CR-V will mostly be powered by the familiar 2.2 litre i-DTEC diesel engine, producing 148 bhp and 258 lb/ft of torque. It gives out 149 g/km of CO2. At launch there is also a 2.0 litre i-VTEC petrol engine with the same 148 bhp but a much lower 142 lb/ft of torque. CO2 emissions are as low as 168 g/km in the front wheel drive variant. The new CR-V will be available with front- or four-wheel-drive.

There will be a new ultra frugal 1.6 litre diesel engine variant arriving in 2013 which will have a CO2 rating of just 99 g/km – very impressive for a mid-sized SUV.

Prices have yet to be announced.