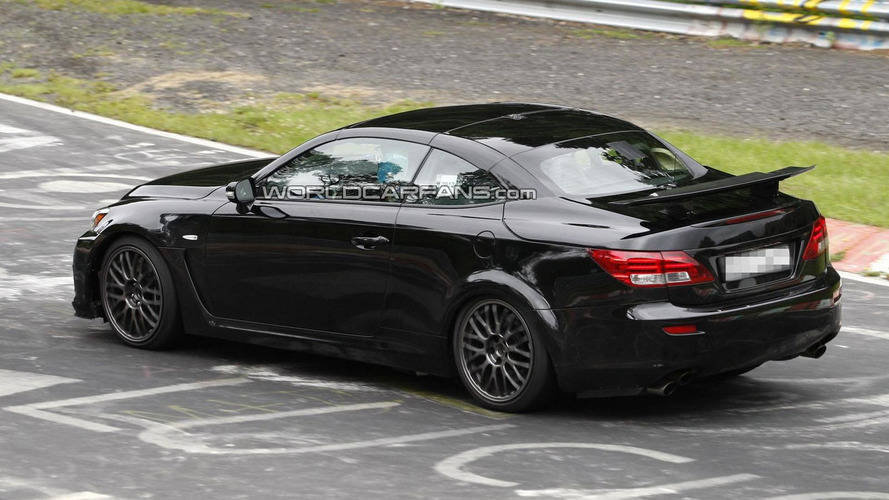 Our spy photographers have caught a mysterious Lexus IS prototype on the Nürburgring. It appears to be the 2014 prototype and not an IS F Cabrio.

Our spy photographers have caught a mysterious Lexus IS prototype on the Nürburgring.

While the model appears to be the long-awaited IS F Cabrio, Inside Line managed to catch the car before it hit the track. When it was on a lift, they shot photos of the car's suspension which revealed this isn't a version of the current model but rather our first glimpse of the 2014 IS.

According to their shooters, the car features aluminum lower control arms, new springs / dampers and a rear toe adjuster or a rear-steer ball joint. This setup echoes the 2013 Lexus GS and should result in significant weight savings for the next-generation IS.

Little else is known about the model, but it will reportedly feature aggressive styling and an upgraded interior. Engine options remain unconfirmed, but we can expect four- and six-cylinders as well as a hybrid variant and a high-performance IS F.