Audi A1 Concept To Appear At Tokyo 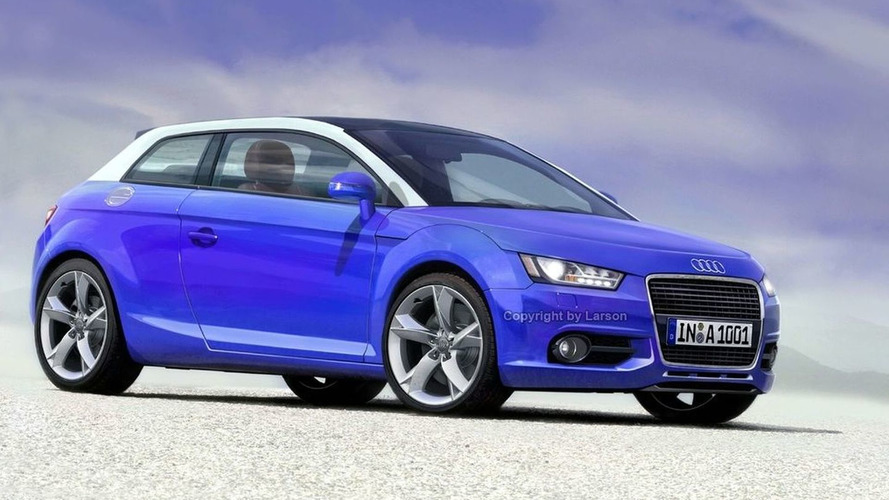 Our artists are hard at work visualizing the A1 less than ten days before the car's Tokyo debut.

At 10:30am Tokyo time, on October 24, Audi will unveil to the media their first A1 concept.  This concept, which Audi has been tweeking as recently as last week, is expected to end the speculation about the new vehicles size, shape, and style.

Our most recent artist's rendition of the A1 shows a car that will try to take MINI to the mat.   Supposedly built on the Volkswagen Polo platform, the Audi A1 test mule was spied on the Nürburgring last month hidden inside the body of a VW Polo Cup Edition.  That car had added fender flares indicative of the A1's wider width.

The Audi A1 could cost less than the Audi A3's $25,500 invoice price, and is expected to come into production in 2009.  With several different engines available for the car, including turbocharged gas and diesel engines between 1.2 and 2.0 liters and an 80 hp 1.4 liter without the turbo, Audi will be looking to sell between 80,000 and 100,000 A1s annually.

Gallery: Audi A1 Concept To Appear At Tokyo