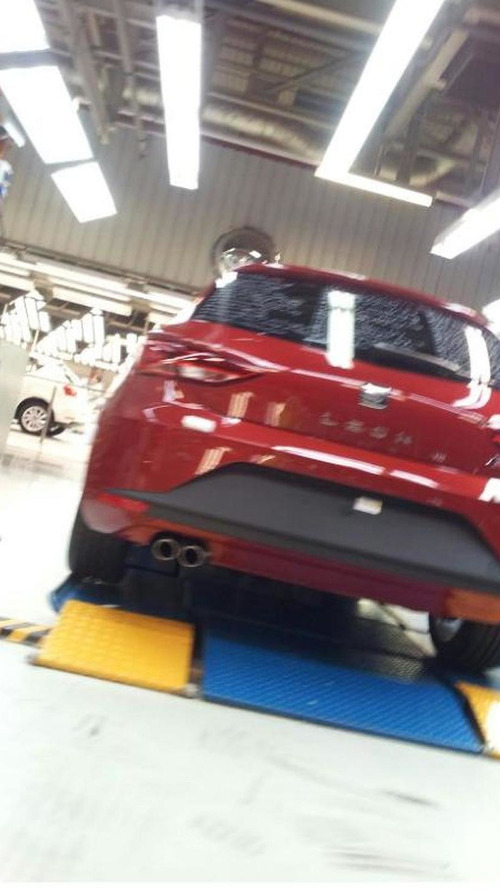 The first picture of the 2013 Seat Leon FR has surfaced on the web. It features aggressive styling with slender taillights and a prominent black fascia.

The first picture of the 2013 Seat Leon FR has surfaced on the web.

Apparently taken at one of the company's development centers, the photo reveals the model will eschew its soft curves for a sharper design that is decidedly more aggressive. While there's only one picture, we can see the rear end will feature slender taillights, a prominent black fascia and a roof-mounted spoiler.

As we have previously reported, the redesigned Leon will ride on the MQB platform which will also underpin the Volkswagen Golf VII. A variety of engines are expected including the new EA211 petrol and EA288 diesel.

Thanks to Adrian for the tip!