VW Up spotted in Washington DC - more US sales wanted 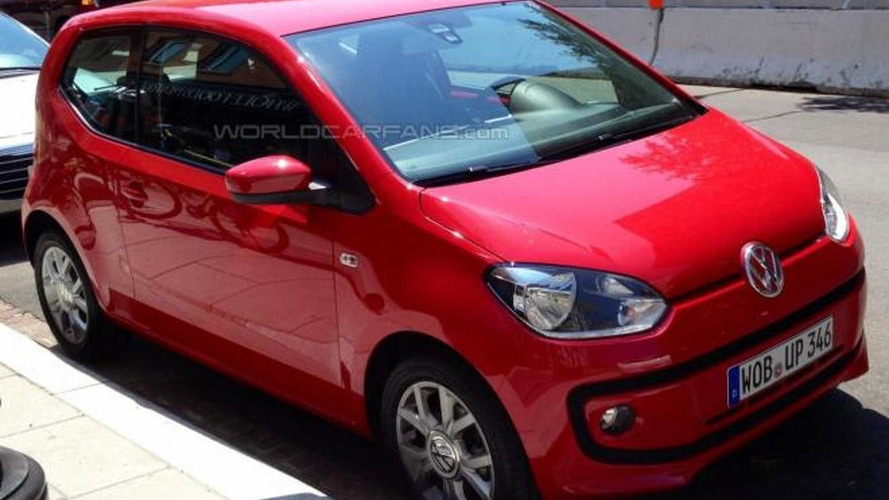 Photos of the Europe-only Volkswagen Up sub-compact model were recently taken at the Foggy Bottom metro station in Washington DC.

Plans to become the world's largest automaker took a major step forward with the Volkswagen Group's acquisition of Porsche SE last week. However, Volkswagen still recognizes it has to do more, particularly in the United States, to reach its sales volume goal of 10 million cars per year by 2018.

Since the opening of the Chattanooga, Tennessee plant last year and subsequent launching of the U.S. focused Jetta and Passat models, the Volkswagen brand is moving past its niche status of trendy German-engineered cars into a more mainstream role with volume models.

Sales (including Porsche) are up 29 percent to 290,333 for first six months of this year, which puts U.S. sales on target for 575,000 units this year - more than half of the 1 million annual U.S. sales goal by 2018. But still, sales are not near their potential when compared to countries such as China where VW has almost 17 percent market share.

Volkswagen of America, executive vice president of group communications, Tony Cervone, stated, "We now have products that are German-engineered, but are more affordable" when compared to other German competitors such as BMW and Mercedes-Benz. However, "we have to have more core products."

As a result, Volkswagen plans to increase annual production of the Chattanooga plant to 500,000 units while introducing several new models which include a less-expensive Tiguan compact SUV and a seven-passenger crossover, according to analysts IHS Automotive Consulting in Northville, Michigan.

Adding to the new model speculation further, photos of the Europe-only Volkswagen Up sub-compact model wearing Virginia rear plates and German front plates were recently taken at the Foggy Bottom metro station in Washington DC. The photos sent in by WCF reader suggest Volkswagen is considering all options.

Special thanks to Rahul for sending the photos!