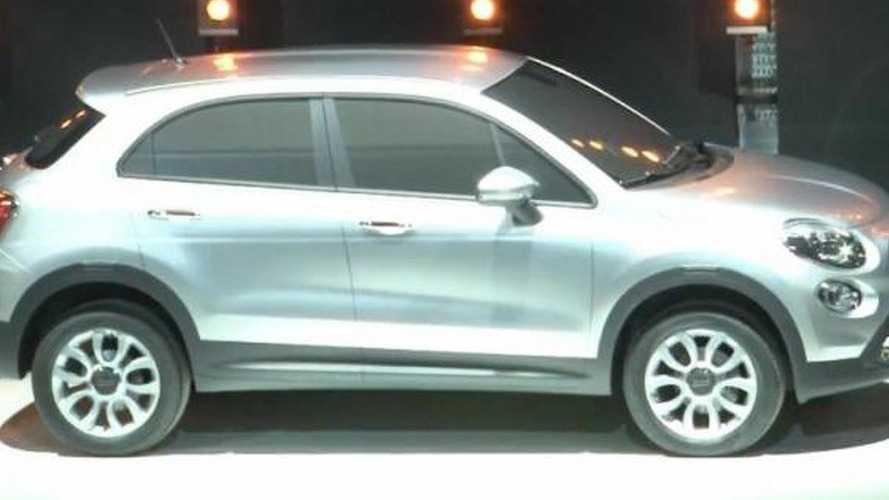 In a surprise moment, Fiat briefly revealed the 500X crossover during the 500L media launch held in Turin, Italy on Tuesday.

In a surprise moment, Fiat briefly revealed the 500X crossover during the 500L media launch held in Turin, Italy on Tuesday.

Based on the GM/Fiat small vehicle platform, the fifth variant of the 500 model range stands slightly longer than the 500L. Positioned as the replacement for the Sedici model, the 500X shows a mix of SUV and hatchback styling.

The 500X will be built at Fiat's Mirafiori plant starting in December 2013 and will be joined by a new small Jeep sister model starting in the second quarter 2014. The new Jeep small SUV, code-named B-SUV, will be smaller than the Compass and Patriot models and will be initially sold in the US and Europe. Small crossover production is targeted for 280,000 units per year.

The same powertrains from the 500L are expected to be offered in the 500X. They include a 0.9-liter TwinAir petrol, a 1.4-liter petrol and a 1.3-liter diesel. Furthermore, front and all-wheel-drive will be available.

No official photos and specifications have been released yet.