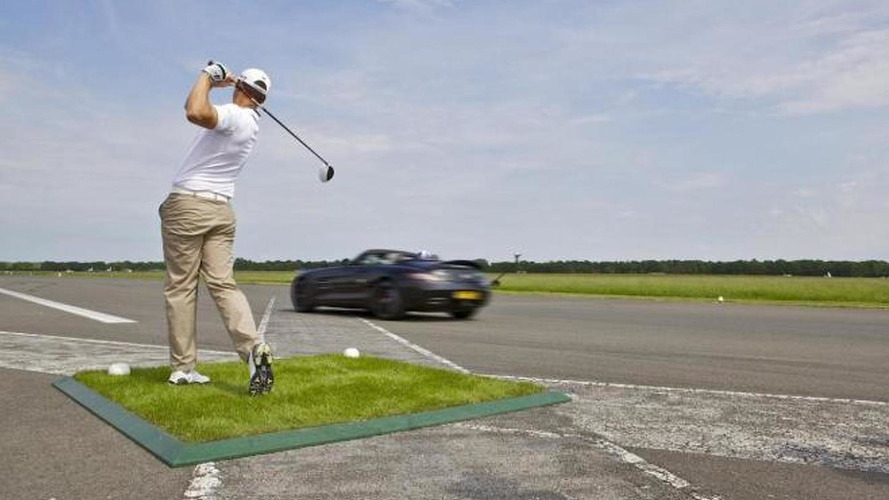 Mercedes-Benz has released video footage which includes unedited versions from the various cameras used to record the event.

A few weeks ago we reported initial news that David Coulthard and professional golfer Jake Shepherd set a new Guinness World Record for the "longest golf shot caught in a moving car." Now Mercedes-Benz has released video footage which includes unedited versions from the various cameras used to record the event.

The video footage shows the exact moment when David Coulthard caught the speeding golf ball between the seats of the SLS AMG Roadster. Coulthard managed to catch a golf ball hit by Shepherd while driving at 120 mph (193 km/h). Shepherd then hit the ball at 178 mph (286 km/h) which enabled it to travel 275 meters (902 feet) before it landed in the cabin of the SLS AMG.

Coulthard said, "The only way to track the ball was to keep your eyes on it all the time: it's a real adrenaline rush but it's not the most comfortable thing to do because for a moment, you're not watching the road!" He continued, "I was as happy as I've ever been winning a Grand Prix because I was so surprised quite frankly that it went in, and went in so solidly!"