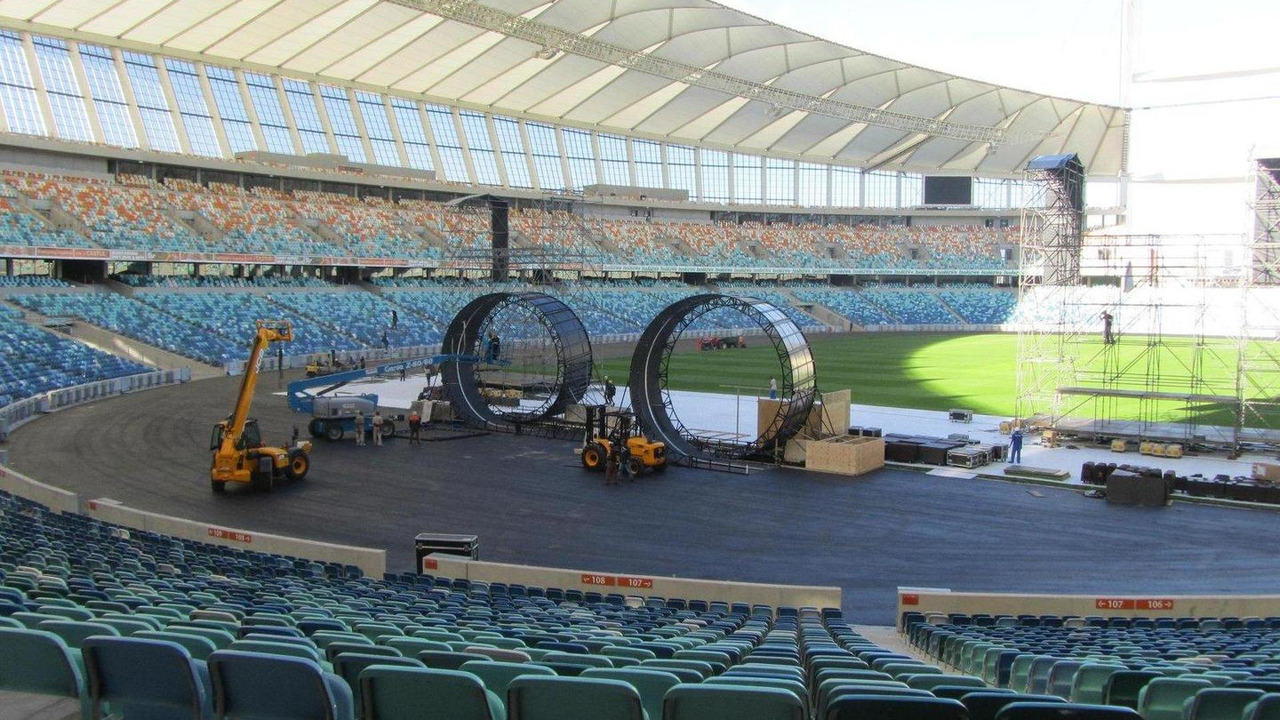 Top Gear Live Stunt Team has set a new world record by becoming the first to complete a double loop-the-loop on four wheels.

Top Gear Live Stunt Team has set a new world record by becoming the first to complete a double loop-the-loop on four wheels.

Played out in front of a sell-out crowd of 15,000+ at the Moses Mabhida Stadium in Durban, South Africa, the video shows Top Gear's three television presenters Jeremy Clarkson, James May and Richard Hammond excitedly introducing the stunt dubbed the Deadly 720.

Traveling at a speed between 24mph and 26mph, the buggy had to enter each loop at the minimum speed. Otherwise, the buggy would have fallen out at the top of the loop. Too much speed would have resulted in an extra full G of force on the driver possibly causing him to black out. Moreover, the buggy needed to exit the first loop with sufficient speed to enter the second loop.

"It was quite remarkable," said Clarkson. "As anyone who has seen Top Gear either live or on TV will know, we are much more famous for mucking about and breaking other things like caravans - certainly not for breaking world records! I'm just glad no one asked me to do it..."