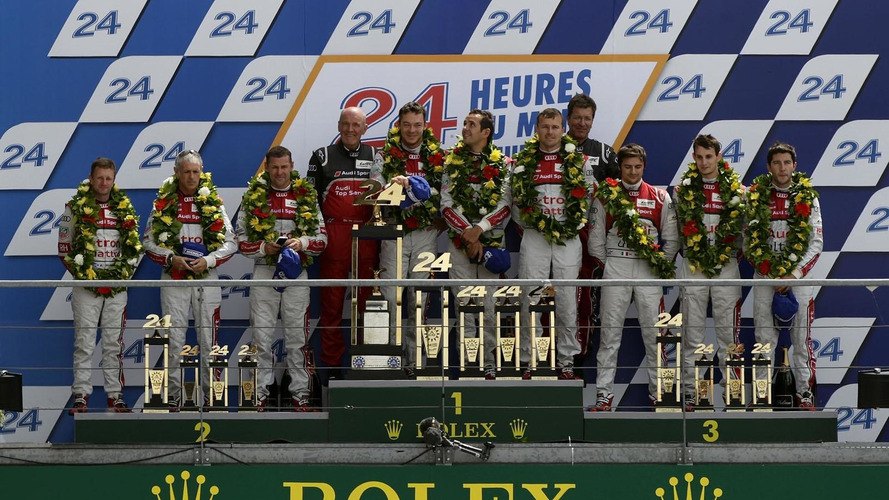 Audi has dominated the 24 Hours of Le Mans with a stunning one, two, three victory.

Audi dominated the 24 Hours of Le Mans with a stunning one, two, three victory.

While the cars had an impressive race, there were a number of challenges along the way. The winning R18 touched the barrier twice, while the second place car was involved an accident but was quickly repaired.

According to Audi's Head of Motorsport, Dr. Wolfgang Ullrich, "This is no doubt a historic victory for Audi. We were the first to win Le Mans with a direct-injection turbo gasoline engine and the first to be successful with a diesel engine. It's a great result that Audi is now the first brand to have achieved victory with a hybrid vehicle - and right on the first run, as before with the two other technologies, and - what's more - with both R18 e-tron quattro cars on the two top spots."