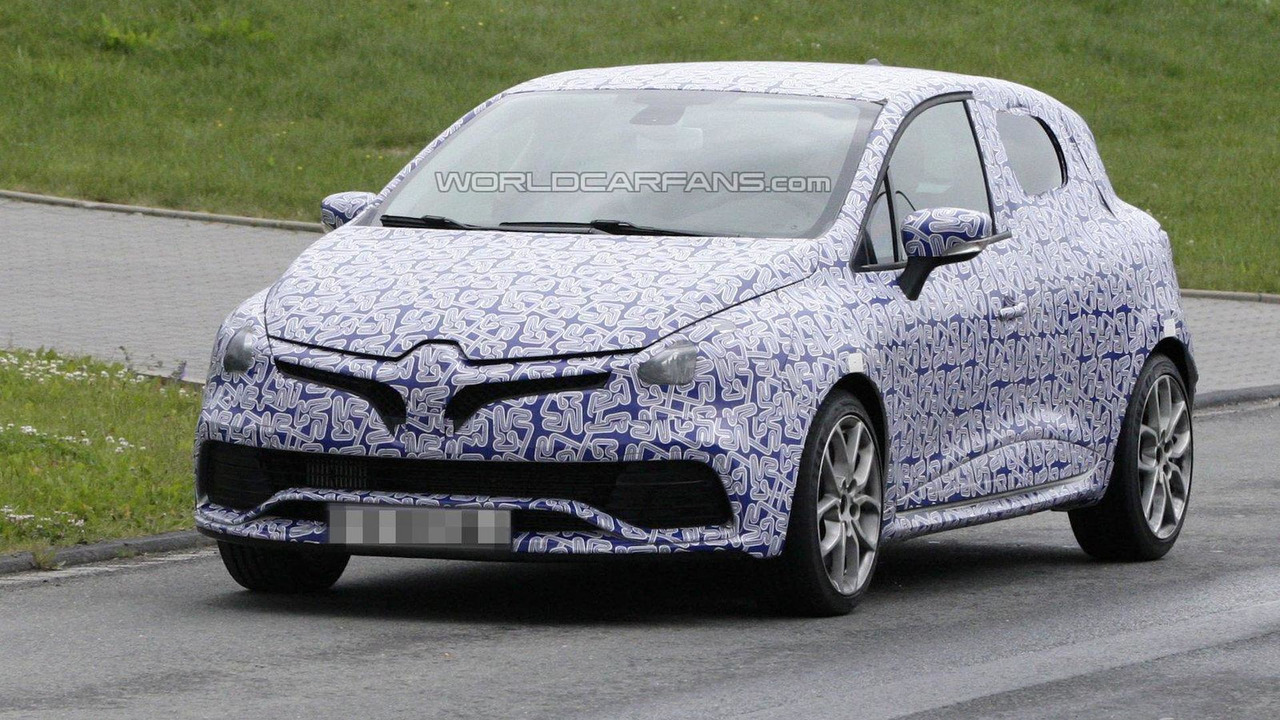 Spy photographers have caught for the first time a pair of fourth generation Renault Clios prototypes dressed in RS and Sport trim.

Spy photographers have caught for the first time a pair of fourth generation Renault Clios prototypes dressed in RS and Sport trim.

The Clio RS prototype is easily distinguished from the standard Clio model by its sporty front fascia with lower lip spoiler and enlarged upper and lower grille areas. Moving around to the side we can see sporty side skirts, arcing lower door molding lines and of course large sporty wheels on low profile tires. Around back there's a prominent roof spoiler and rear bumper fascia with a central diffuser area flanked by somewhat square dual exhaust pipes.

The Clio RS's powerplant is still a mystery although an upgraded version of today's 2.0-liter four-cylinder unit or a completely new turbo engine with reduced displacement seem to be most likely. Nonetheless, output will still increase slightly from the current 197 hp (147 kW / 200 PS) to approximately 210 hp (157 kW / 213 PS).

As for the Clio Sport, it shows all of the same features of the Clio RS but with less pronounced styling, particularly in the front and rear bumper fascias and rear roof spoiler. However, the wheels used on the Clio Sport prototype look slightly sportier.

The Clio RS and Sport are expected to make their public debut at the Paris Motor Show this September alongside the standard Clio.