Lexus LC Has 'Something Big' Coming This Year

Could the LC be getting a performance-focused F model or is the convertible on the way?

After unveiling a couple of special editions in unique colors, the Lexus LC has a major addition on the way sometime in 2019. Lexus International Strategic Communications Senior Manager Moe Durand kept the details close to his chest by simply telling Car Buzz "something big is coming to LC this year."

Lexus appears to be subtly teasing that the upcoming unveiling could be the highly anticipated LC F that adds performance to the luxurious grand tourer. As evidence, the company briefly showed an LC test mule during the RC F Track Edition's media presentation, according to Car Buzz. The PR representatives at the event then allegedly refused to discuss the image.

Spy shots have already unveiled the likely development of the LC F (gallery above). The notable changes include a revised front fascia with huge intakes openings in the corner for directing lots of air to radiators. The fenders are broader, too. At the back, the stacked exhausts are a common element for the brand's F-badged models. 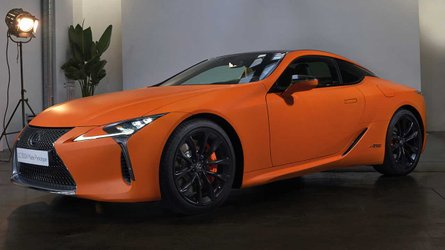 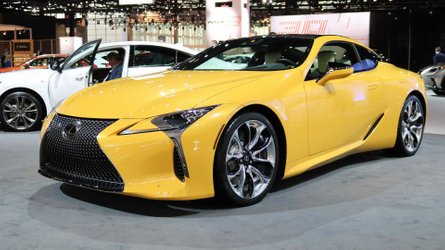 Rumors offer multiple possibilities for the LC F's powertrain. It may pack a twin-turbo 4.0-liter V8 making 621 horsepower (463 kilowatts). Alternatively, engineers might tune the existing naturally aspirated 5.0-liter V8. A third prospect is creating a supercharged version of the current V8, and there is also speculation about creating a performance-oriented hybrid.

While the prospect of an LC F is tantalizing, it's possible that Durand could be referring to the arrival of the LC convertible as the "something big." The company is quite open about intending to put the concept into production, too.