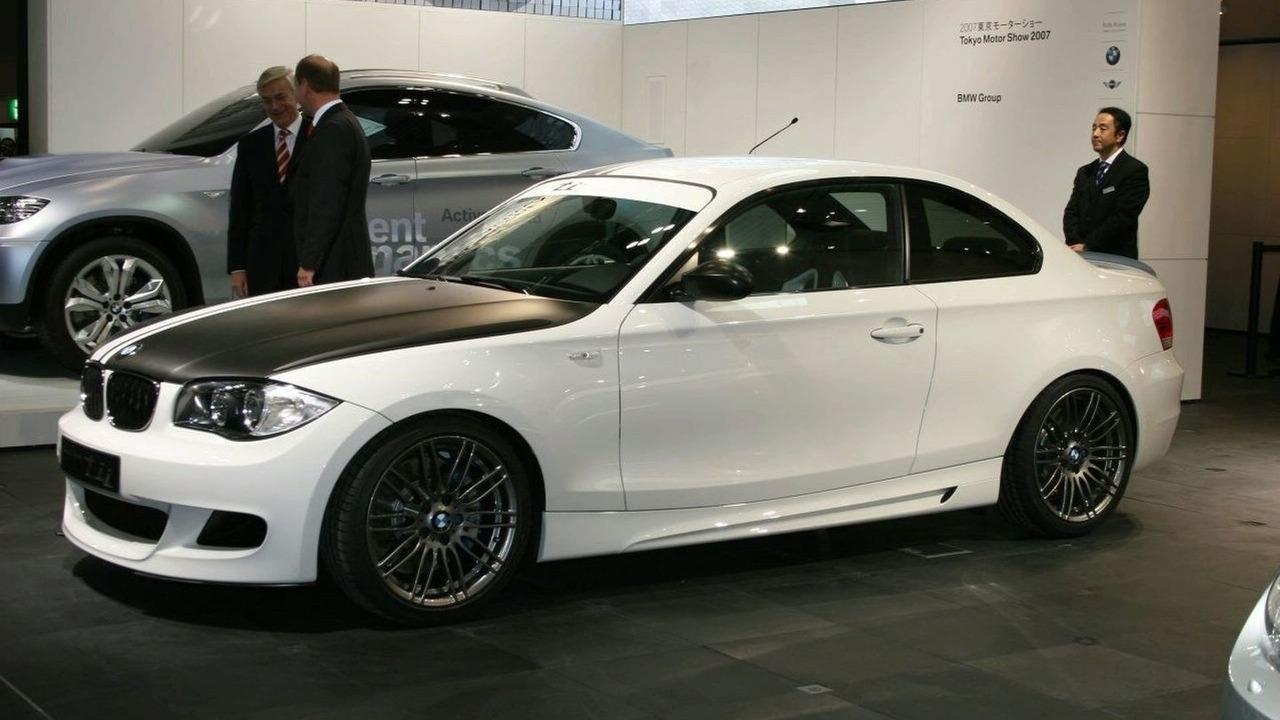 BMW are to premiere a sports coupe concept embodying a 'young interpretation of classic BMW values' based on the 1-Series at tomorrow's 2007 Tokyo Motor Show. The concept was announced by the brand last week, albeit only to the extent of its attendance at Tokyo and little more.

The concept is adorned too by some rather prominent black decals, the original tii's badge and an all-black grille, reminiscent of the late 1960s and early 70s car, which aimed at blackening every bit of chrome on the original 2002.

The 21st century tii concept car gains 'distinctive, optimised dynamics' in the form of new air dams both front and rear, side sills and a special air contour lip on the bootlid - the so-called gurney - to generate extra downforce nearer the rear axle. A strengthened profile and lowered ride height are among other modifications. The tii rests on stylish 18-inch alloy wheels.

Purely premiered as a design study and not as a fully-fledged preview model, no engine specifics or performance statistics have been published and so it is likely to remain ahead of a potential production M-badged 1-Series Coupe announcement. We'll naturally keep you up-to-date on news of this.