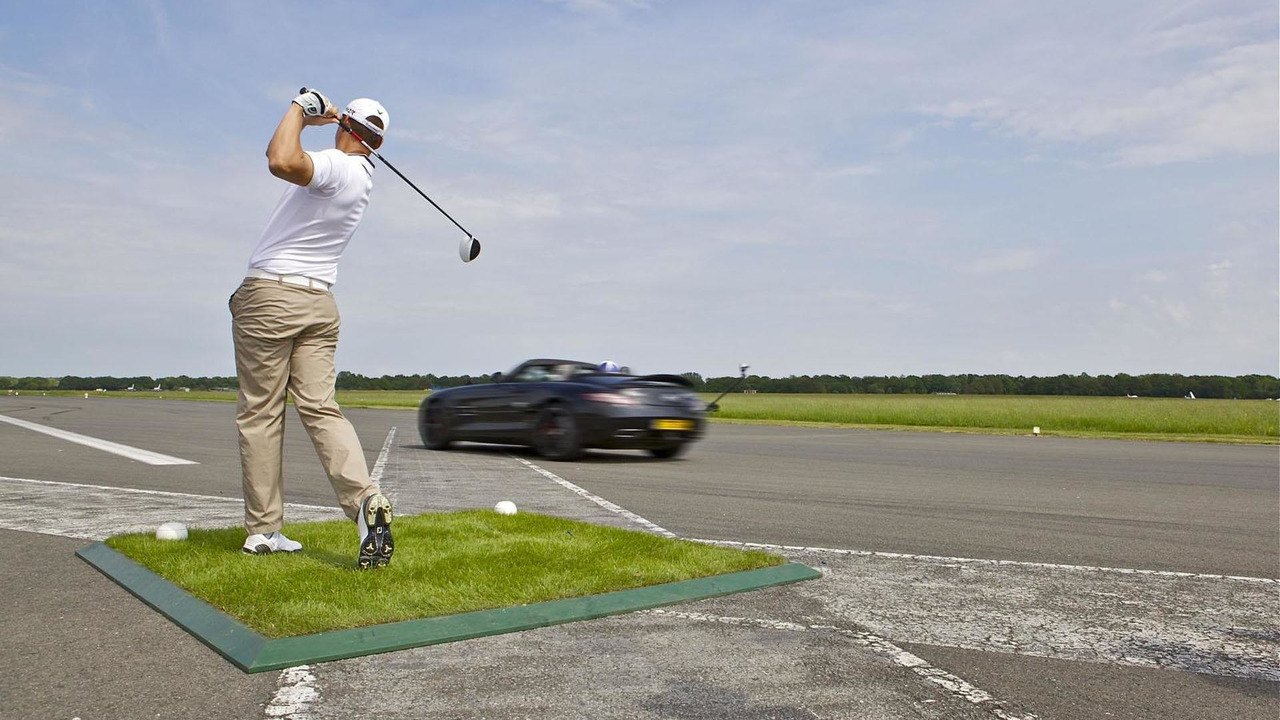 The bizarre feat occurred yesterday, when Coulthard managed to catch a golf ball hit by Shepherd while driving a Mercedes SLS AMG Roadster at 120 mph (193 km/h). According to Mercedes, Shepherd hit the ball at 178 mph (286 km/h) which enabled it to travel 275 meters (902 feet) before it landed in the cabin of the SLS AMG. Even more impressively, the duo clenched the meaningless record on their second attempt.

In a statement, Coulthard said "This world record attempt is definitely one of the most unusual things I've ever been asked to do with a car! Jake Shepherd was great to work with and the performance of the SLS AMG Roadster made driving to catch a mid-air golf ball even more exciting."

Unsurprisingly, the event was recorded and footage will be released in July as part of a viral marketing campaign.