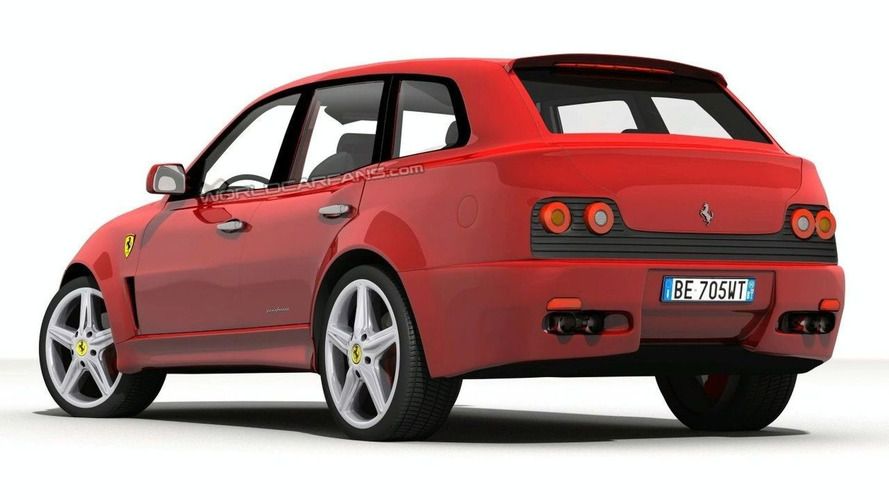 Lamborghini already had an SUV for sale more than 25 years ago and today Porsche's Cayenne is a global success. Ferrari hesitated for a long time but has now decided to develop the world's fastest SUV, or so says our Italian contact with insider info. Our DTP expert than set to work with this information and produced the following renderings. The project has been coded the "Ferrari FS 599 Fuoristrada" and its supposed world debut target date is the Geneva Auto Show 2010.

While the five-door will feature four-wheel drive its off-road capabilities are not among the top priorities of the Ferrari development team. Two-thirds of the engine's power is rumored to be transferred to the wide 22-inch high-performance street tires in the rear.

The engine is familiar and hails from the Ferrari F599 Fiorano, albeit in slightly modified form. Its maximum power output of more than 600 hp and 600 Nm of torque will be a challenge for the size 315 tires front and back.

Despite an empty weight of around 2.2 tons the sprint from 0 to 100 km/h is supposed to take less than five seconds, thanks to Formula 1-type shift paddles on the steering wheel. Targeted top speed is 300 km/h.

With a top speed such as this the Ferrari FS 599 Fuoristrada would easily eclipse the performance of a Porsche Cayenne Turbo, just as easily as it would eclipse its price at projected 250,000 Euros plus.