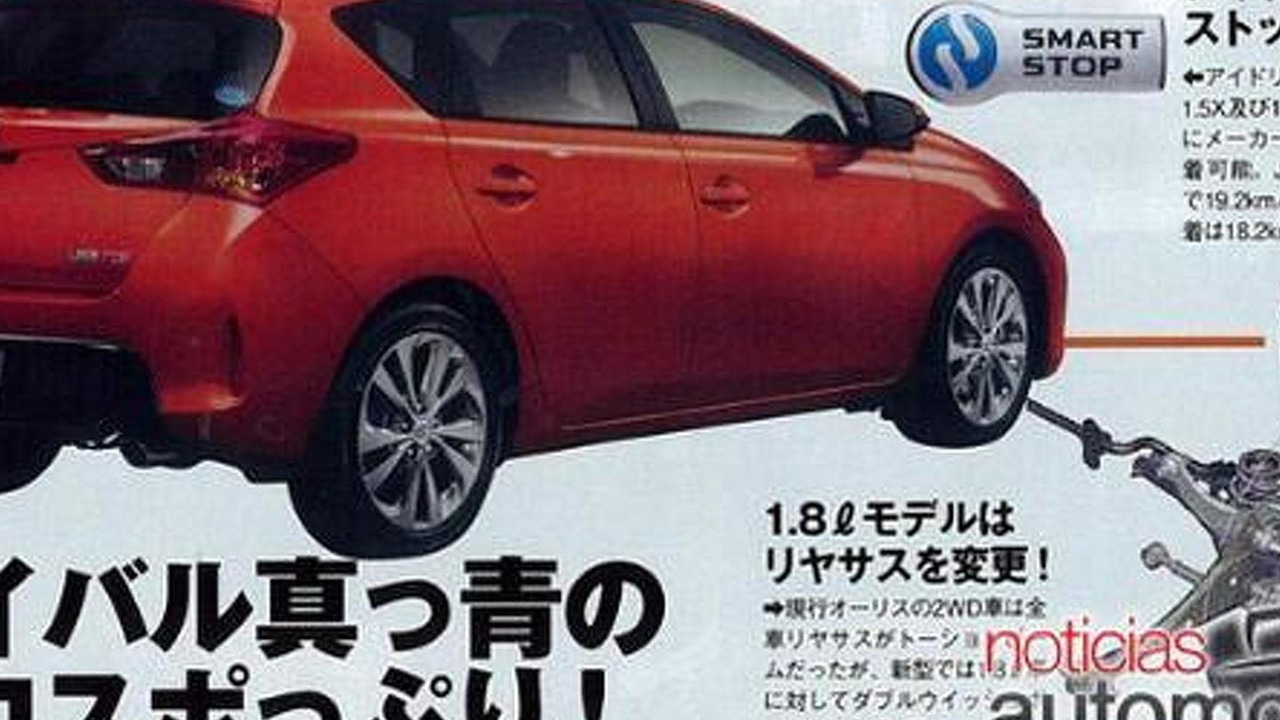 The first purported pictures of the 2013 Toyota Auris have leaked to the web.

The first purported pictures of the 2013 Toyota Auris have leaked to the web.

Apparently scans from a Japanese brochure, the images reveal the model will have sportier styling with a prominent front fascia, a slender grille and smaller headlights. There's also a sloping roofline and a character line that runs the length of the body. In terms of size, the model will reportedly be 30mm longer and 55mm lower than its predecessor.

Under the hood, petrol options are slated to include a 1.5- and 1.8-liter four-cylinder. We can also expect to see 1.6- and 2.0-liter BMW-sourced diesel engines.

The 2013 Toyota Auris will reportedly be unveiled in July, so expect to learn more in the coming months.